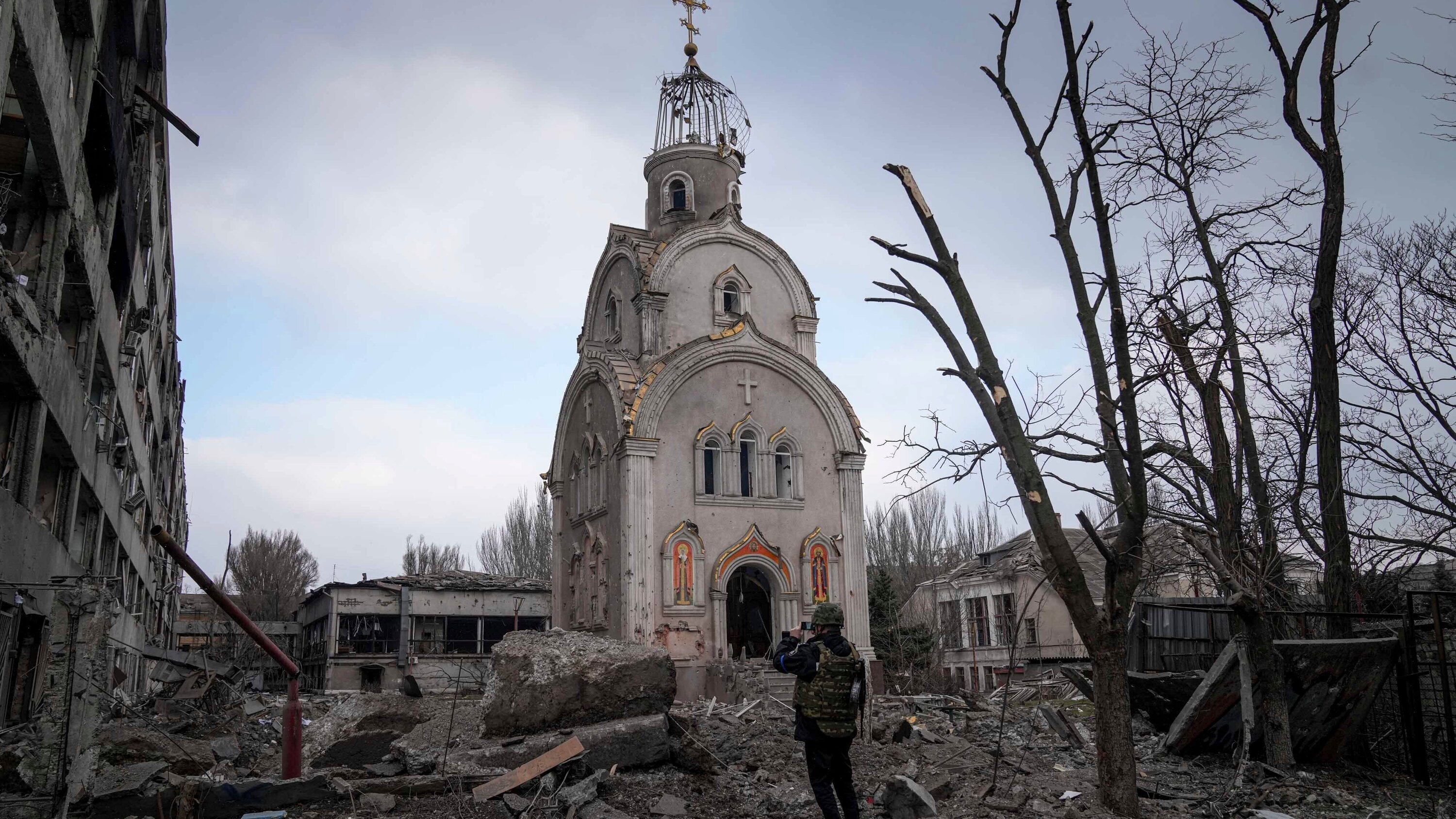 “Mariupol is now a city of ghosts,” an adviser to the mayor of the ruined Ukrainian port city said Tuesday, News.az reports citing UNIAN.

Petro Andriushchenko — who has fled to Ukrainian held territory — said that Mariupol town hall officials believe that at least 22,000 residents of the city were killed during three months of war — a figure that cannot be independently supported, with the free press now unable to get access to the city and those still inside too scared to speak openly.

The figure of 22,000 is based, Andriushchenko said, on the many contacts he and other town hall officials continue to have with officials trapped inside. But he believes the actual figure could be much higher.

Andriushchenko said that the process of reburying the dead has been complicated by Russian official insistence that reclaimed bodies be brought to a morgue and that a person claiming a body must agree to record a video in which the applicant says the deceased was killed by the Ukrainian military.

Andriushchenko said that, based on the information gathered from his network of sources, Mariupol tonight is a city thrown back to the Middle Ages.