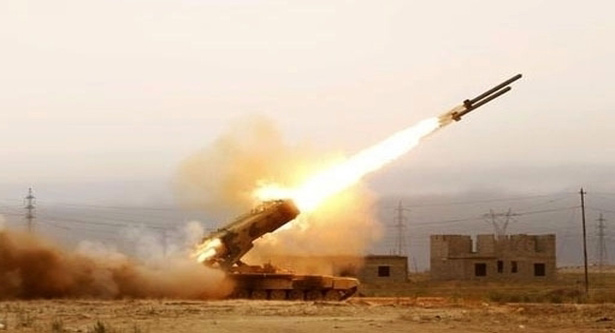 The city, which is close to the front lines in neighboring Kherson, has been struck almost every night for the past month.

Vitaliy Kim, head of the Mykolaiv regional military administration, said critical infrastructure and a vehicle business were damaged but so far there was no word on casualties.

Kim said villages near the front lines along the Mykolaiv-Kherson border had sustained more incoming fire from Russian forces over the past 24 hours.

The mayor of Mykolaiv, Oleksandr Sienkevych, said port infrastructure was attacked in the strike.

"A massive missile strike, including using aviation means, was launched on the south of Ukraine from the direction of the Black Sea. The infrastructure of the port was attacked," Sienkevych said, citing the Ukrainian military's Operational Command South.

The Mykolaiv region was also struck by an S-300 long-range surface-to-air missile from the direction of the Russian-occupied Kherson region, he added.