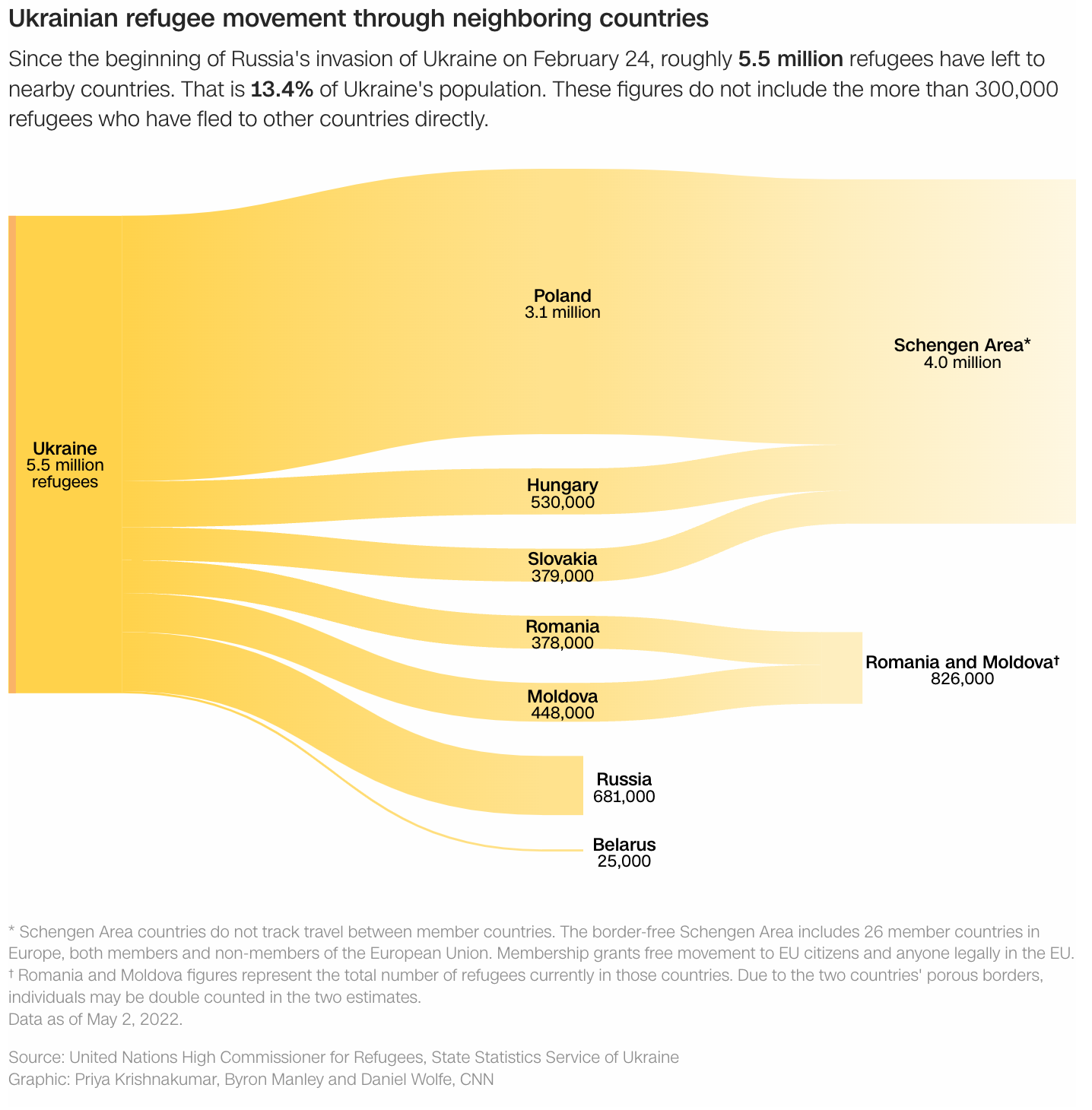 At least 5.5 million people have fled Ukraine since the start of the Russian invasion in late February, according to the latest United Nations High Commissioner for Refugees (UNHCR) data, News.az reports citing BBC.

In addition to the 5,563,959 registered refugees, at least 7.7 million people are internally displaced in Ukraine having been forced to flee their homes, according to the latest report by the International Organization for Migration (IOM).

A projected 8.3 million refugees are expected to flee Ukraine, the UNHCR said Tuesday.