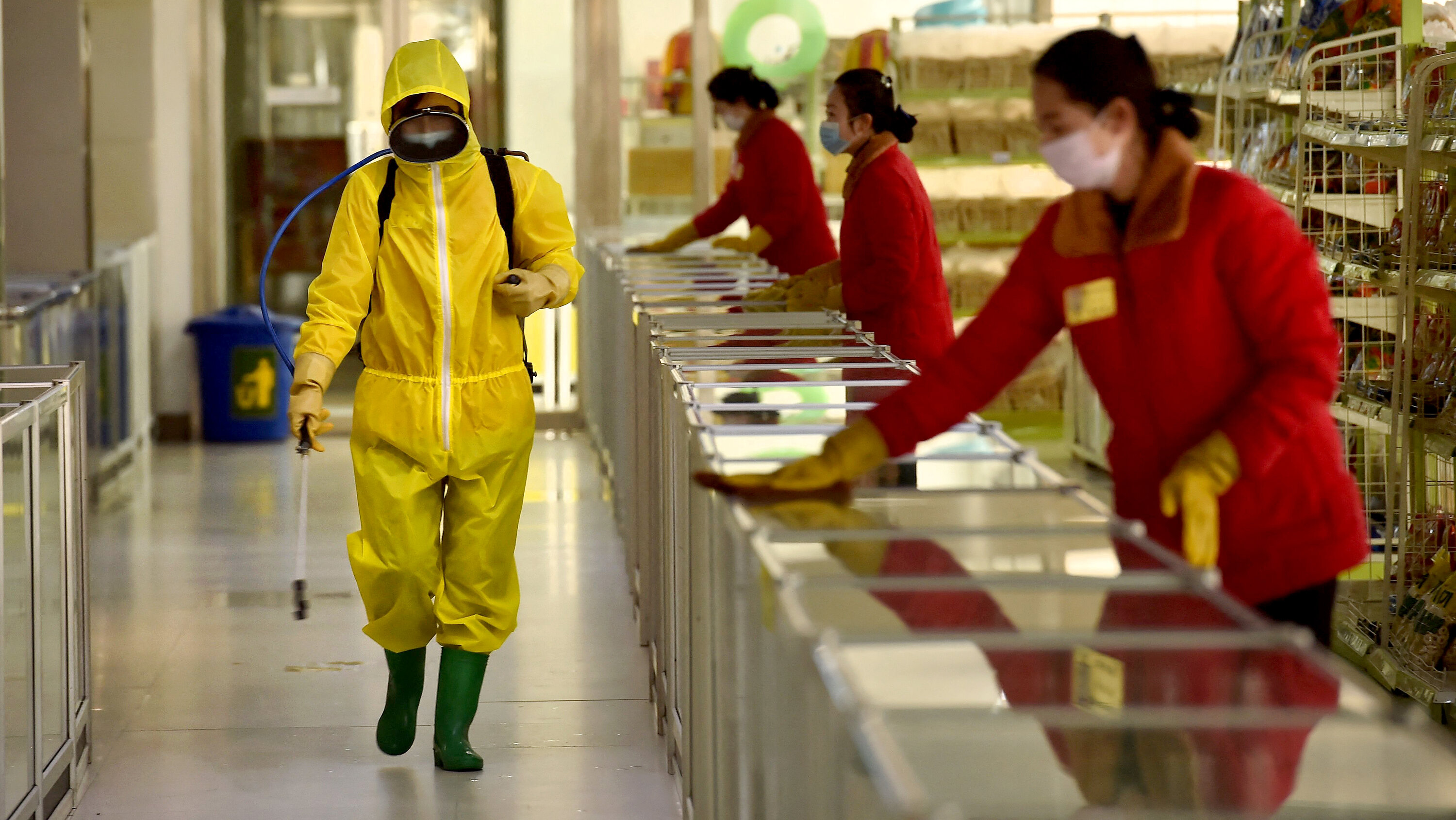 North Korea on Thursday announced its first case of the omicron variant of COVID-19 and declared the implementation of the "maximum emergency" virus control system, putting an end to its longstanding coronavirus-free claim, News.Az reports citing Yonhap News Agency.

The North held a politburo meeting in Pyongyang, with leader Kim Jong-un in attendance, to discuss the country's "most critical emergency" in its antivirus system that had been "firmly maintained" for over two years, according to the North's official Korean Central News Agency (KCNA).

North Korean authorities concluded that samples collected from fever-ridden patients on Sunday in Pyongyang were identical to omicron, it reported.

During the session, Kim vowed to overcome the "unexpected crisis" and instructed all officials to completely block out all possibility of the spread of the virus.

Kim then called for tighter vigilance on all fronts along the borders, the sea and air to prevent a "safety vacuum" in the country's national defense.

The North said it aims to stably manage and prevent the spread of the virus, as well as treat confirmed patients to "root out the source of transmission in the shortest period possible."