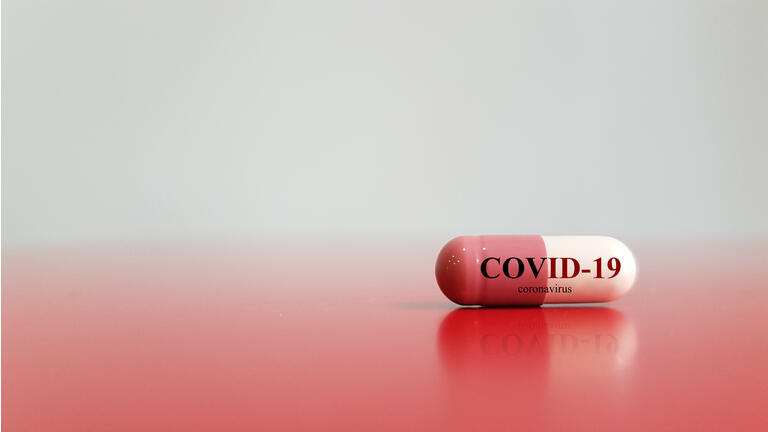 An oral antiviral treatment drug reduced the risk of hospitalization or death by around 50% in COVID-19 patients, Merck and Ridgeback Biotherapeutics announced on Friday

"More tools and treatments are urgently needed to fight the COVID-19 pandemic, which has become a leading cause of death and continues to profoundly affect patients, families, and societies and strain health care systems all around the world," the US pharmaceutical company Merck and American biotechnology firm Ridgeback said in a joint statement.

Merck said it will submit an application to the US Food and Drug Administration (FDA) for Emergency Use Authorization (EUA) as soon as possible based on its findings, and it also plans to submit marketing applications to other regulatory bodies worldwide.

If approved, Merck said it expects to produce 10 million treatment courses by the end of 2021 and more doses in 2022.

In June, Merck entered into an agreement with the US government to provide 1.7 million courses of Molnupiravir upon the issuance of a EUA or FDA approval.

The pandemic has claimed more than 4.7 million lives in at least 192 countries and regions since December 2019, with almost 233.8 million cases reported, according to the latest data from US-based Johns Hopkins University. Vaccine doses administered totaled more than 6.24 billion, it showed.