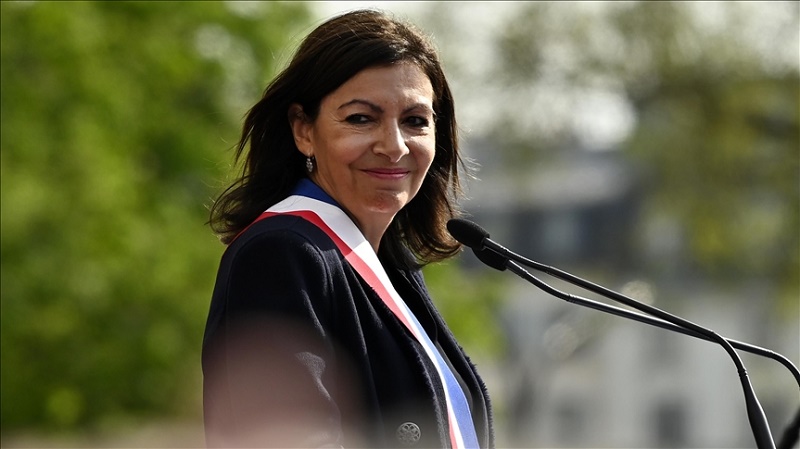 She has been the subject of controversy and is not even French-born, but the current resident of the Hotel de Ville – the official home of Paris’ mayor – will now throw her hat into the ring for the nation’s presidency.

Anne Hidalgo, 62, announced Sunday evening the start of her campaign for France's head of state. Addressing supporters and the media in the northern city of Rouen, the capital of Normandy, the mayor said she will step into the race, according to reporting by Radio France International, Anadolu Agency reports.

"Today, I am ready," she told an enthusiastic crowd.

Hidalgo's announcement comes on the heels of other candidates entering the field, including France Unbowed's Jean-Luc Melanchon, Fabien Roussel of the Communist Party, former Socialist Party Minister Arnaud Montebourg, and the incumbent, President Emmanuel Macron, who is seeking a second term.

A member of the Socialist party, Hidalgo enters a crowded field and will first need to win her party's internal primary before the election, which is due to hold its first round next April.

The Socialist Party is already at a disadvantage to other national parties, particularly Macron's La Republique En Marche. According to a September Ipsos poll, Hidalgo's popularity rating ranks around 9%, which puts her number five in comparison to other presidential hopefuls.