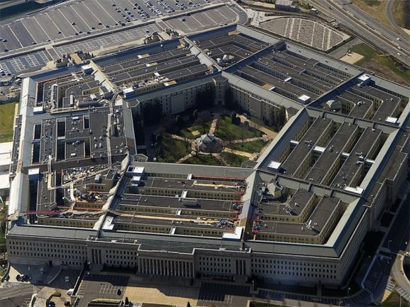 The US Air Force may soon have an operational F-35A multirole fighter at its disposal in the fight against Daesh as well as as in a campaign in the Pacific, Sputnik reports.

Last year, Air Combat Commander Gen. Herbert J. "Hawk" Carlisle told reporters, "We have a global force management process. The F-35 move into the Middle East is scheduled further down the road. If a combatant commander needed it sooner they would ask for it," according to Scout Warrior.

Carlisle explained that though the aircraft likely will not be deployed for combat for several more years, being ‘operational’ means that combatant commanders worldwide will able to request the jet if they need the F-35’s capabilities.

He added that small groups of F-35s may be deployed to the Pacific for what the service calls “Theater Security Packages,” noting that the Air Force sending F-22s to Europe last year was "great messaging," as such actions are thought to help reassure allies and deter enemies.

Air Combat Command spokesman Benjamin Newell explained, "These small deployments of about four ships are dispatched rapidly to global hotspots when needed. It's kind of like providing the Combat Air Forces on tap. It's possible that the F-35A's first combat deployment will be in one of these TSPs."

The new F-35As allow the US-led coalition against Daesh to deploy GPS-guided bombs and laser-guided air-to-ground-weapons like the Paveway II, indicating the inclusion of more Joint Direct Attack Munitions (JDAMS) in the fight.

In order to hone tactics, techniques, and procedures (TPPs), the service is planning to increase the number of operational F-35As.

Newell said,"The F-35A is fully combat capable now, and can perform missions as requested by combatant commanders. Our next hurdles are to ramp up the forces to provide an adequate number of aircraft to create a working fleet, on which we build TTPs, test new weapons and most importantly, train adequate numbers of Airmen who are the experts in their assigned platform."

Combat deployment is a signal achievement for the beleaguered fighter, which has had more than its share of delays, cost overruns, and technological issues, including that of a malfunctioning Automatic Logistics Information System (ALIS), hard-to-read helmet displays, defective flight-control software, poor lightning protection, and problems with the physical design of the fuel tanks, helmets, and pilot’s seats, among other major issues.

After some prodding from US President Donald Trump, Lockheed Martin, the company that manufactures the F-35, pledged to reduce prices, selling the Pentagon 90 new jets for some $8.5 billion, leaving Washington with over $700 million in purported savings over the most recently purchased batch.