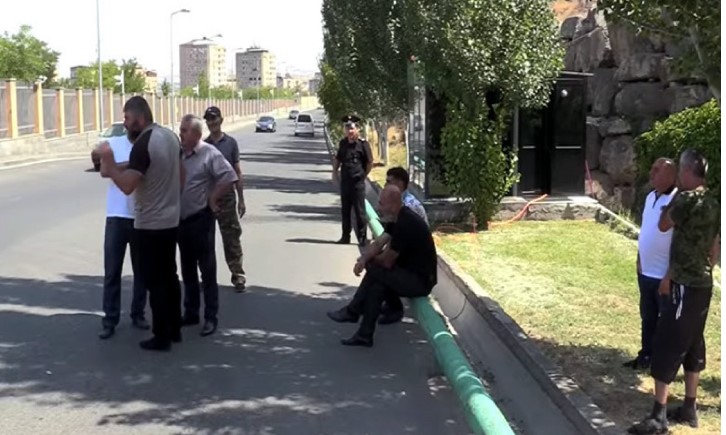 Relatives of Armenian servicemen, who went missing during the latest clashes on the border with Azerbaijan, hold a protest rally in front of the Ministry of Defense in Yerevan, News.az reports citing Armenian media.

The Father of one of the missing servicemen Serjik Kazaryan said while talking with journalists that no news has been received from his son for about 13 days.

He has noted that they had contact with his son for the last time on September 13.

"Which measures do you take, Mr. Pashinyan? There are injured and dead servicemen there for already 13 days. You have not done anything to at least remove injured servicemen from there on time. Otherwise, they were saved now. We are talking about Yukhari Shorzha, where there are our dead and injured servicemen. No rescue works are done there," he added.