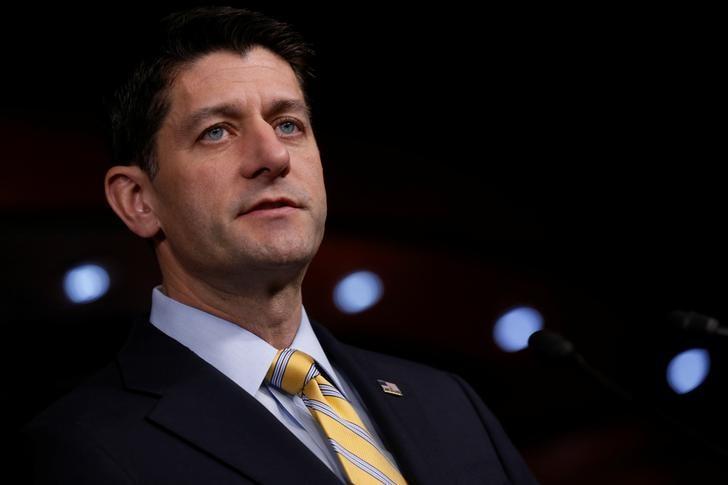 The discussion also focused on a House "territorial" tax proposal that would end U.S. taxation on the foreign profits of U.S.-based multinationals, Bannon told reporters as more than a half-dozen Trump transition team members left the 2-1/2 hour meeting.

Bannon said the discussion involved "working through" border adjustability and added that the territorial measure was "also what this meeting's about. Start working through it, make sure everybody understands it and is on the same page."

Some tax experts believe Trump has signalled his support for the border adjustability provision in recent tweets warning that companies including automakers could face a border tax if they expand manufacturing abroad and ship products back to the U.S. market.

Trump and Ryan agree that tax reform should reduce tax rates for individuals and businesses, do away with longstanding tax loopholes and broaden the tax base in order to drive U.S. economic growth.

Advocates say the House Republican border-adjustability measure could help Trump meet his pledge of boosting manufacturing jobs in the United States. It would also pay for lower tax rates by raising more than $1 trillion in revenues over 10 years, analysts say.

But some industries including retailers, automakers and oil refiners claim it would raise consumer prices by making exports more expensive. Other critics say it could be vulnerable to a challenge before the World Trade Organization.

House Republicans say their territorial provision would bring the United States into line with other countries that do not tax their business's foreign profits.

Up to now, Trump has favored maintaining the current U.S. tax system, which taxes U.S. earnings abroad but allows companies to defer taxes until profits are returned. U.S. corporations have sought to avoid the tax by stashing about $2.6 trillion in earnings overseas.