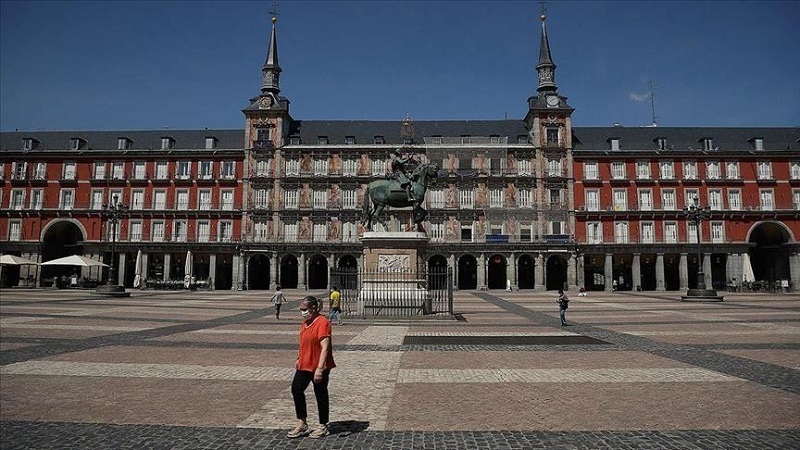 Spanish politicians announced on Thursday that schools across the country will reopen in coming weeks as the Ministry of Health confirmed the highest number of daily coronavirus infections since the beginning of the pandemic.

The total number of cases surged by 9,658 on Thursday, but it includes two days of data from Valencia. Testing capacity in the country has improved drastically since March.

The highly anticipated announcement on back-to-school plan came after a meeting between Spanish ministers and their regional counterparts in which they agreed on new measures.

Spain will make masks mandatory for all students older than six, require students to wash their hands five times a day and have them try to maintain 1.5 meters (five feet) of interpersonal distance. All students between the ages of six and 16 must attend classes.

Temperatures will also be taken at the beginning of each day, either at home or schools that will be disinfected and regularly ventilated.

Once a COVID-19 case is detected at a school, students and teachers in their group or close contacts will have to isolate. An entire school will only shut down temporarily if there is "uncontrolled contagion" -- a metric that has not been defined.

Parents, especially those with precarious jobs, are still unsure how they will be able to take off work to stay home with their confined children.

"I can't conceive that parents would bring their sick children to school," said Health Minister Salvador Illa at a news conference on Thursday.

Extra measures like class size or testing will be left to regional governments and individual schools.

Yet, research suggests that Spain's strategy could be highly risky due to high levels of local contagion.

The Harvard Global Health Institute recommends opening schools only when there are less than 25 new infections per 100,000 people over the last seven days. In Spain, the national average over the last week is 90 cases per 100,000. In Madrid, the number is currently 193.

The scientific journal Nature warned in a recent article that "if schools are reopened in areas with high levels of community transmission, major outbreaks are inevitable and deaths will occur in the community as a result."

On Monday, Spain's chief epidemiologist Fernando Simon said there was "a certain degree of community transmission in all of Spain."

More than 86,000 people have been infected over the last two weeks in the country. In the last 24 hours, 880 COVID-19 patients have been admitted to hospitals.