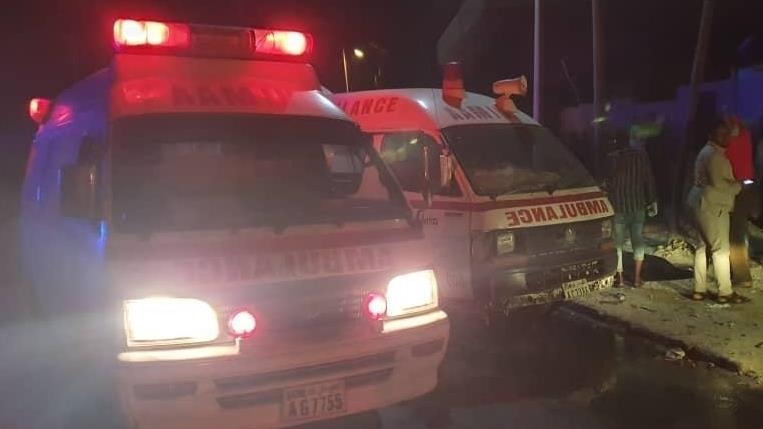 At least four people, including civilians, were killed, while 10 others were wounded in a suicide bombing in the Somali capital Mogadishu on Tuesday evening, officials said.

It was an attack by a suicide bomber that blew himself up in a restaurant located steps away from the Somali military camp in Mogadishu's Wadajir neighborhood, a police officer in Mogadishu told Anadolu Agency over the phone.

"Four people have been killed and at least 10 others injured after a suicide bomber blew himself up at a restaurant located at the opposite of the Nacnac camp in Mogadishu's Wadajir district," the Somali National News Agency also reported.

The wounded civilians were rushed to hospitals in the capital for treatment, according to police.

Mohamed Abdi Ibrahim, a 35-year-old eyewitness who spoke with Anadolu Agency after the blast, said he saw several wounded civilians crying for help, while the scene was very chaotic.

The al-Qaeda-affiliated terrorist group al-Shabaab claimed responsibility for the attack.

The attack comes days after at least 10 people, including five security officers, were killed when a suicide car blast targeted a security convoy in the Somali capital.

Al-Shabaab was also behind a 2017 truck bomb attack in Mogadishu that took 600 lives -- the worst terror attack in the country’s history.