Sweden does not recommend COVID-19 vaccination for children under 12 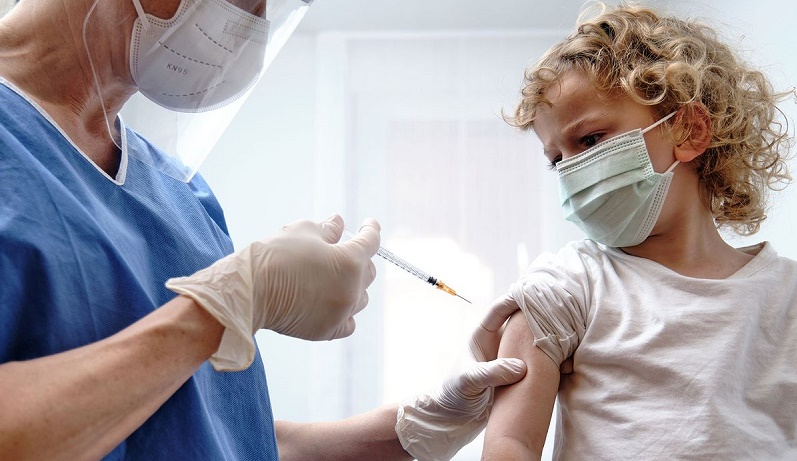 Swedish children under the age of 12 will not be vaccinated against COVID-19 unless they have underlying medical conditions, the country's Public Health Agency said on Thursday, News.Az reports citing Xinhua.

After consulting with pediatric associations and authorities, the agency said that the benefits of vaccinating healthy children did not outweigh the potential risks.

However, the agency's Director-General Karin Tegmark Wisell added at a press conference: "We are constantly assessing ... how the pandemic develops in Sweden and the rest of the world and will make a new assessment ahead of the autumn term."

Currently, Sweden only recommends vaccinating children aged between 5 and 11 who are particularly susceptible to respiratory infections.

Meanwhile, with the Omicron wave in full swing in the country, Britta Bjorkholm of the health agency said: "We are still in an upward trend, but we believe that the peak will be reached soon, although it is difficult to say exactly when."

The Swedish government hinted on Wednesday that most restrictions could be eased from Feb. 9. However, with infection rates soaring, the agency criticized the public for not following the recommendation to wear face masks on public transport.

On Thursday, the total number of infections among Sweden's population of 10.4 million people surpassed two million. Due to insufficient testing capacity, the health agency estimates that currently some 500,000 individuals are being infected per week.

However, the number of deaths has remained relatively stable, which the government attributes to widespread vaccination -- particularly of the elderly.

According to the latest statistics released by the agency, 86.7 percent of the population aged 12 and older have been vaccinated with at least one vaccine dose and 83.6 percent with two, while 45.4 percent of those over 18 have had a booster dose.