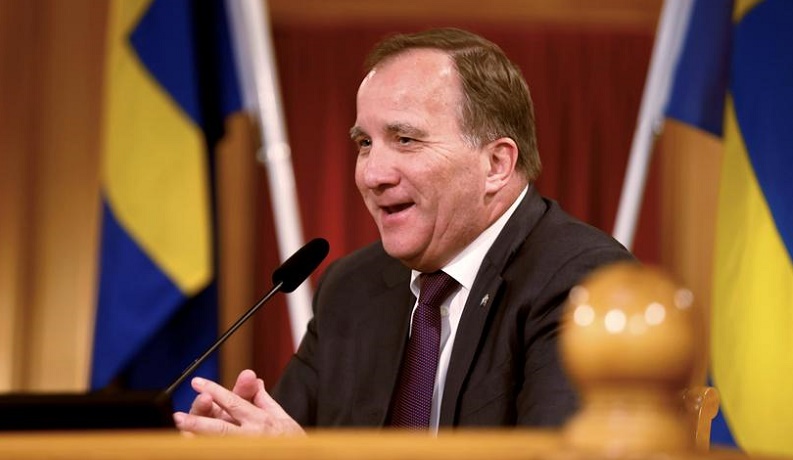 Swedish Social Democrat leader Stefan Lofven was re-elected as prime minister by parliament on Wednesday, ending weeks of turmoil since his resignation last month but leaving his centre-left coalition facing a struggle ahead of next year’s elections.

Lofven, who had quit after losing a no-confidence vote on June 21, has yet to find sufficient backing to pass a budget and has said he will resign once again if he is unable to get his budget through parliament in the autumn.

The former union boss, 63, has headed a centre-left minority cabinet since a 2018 election which produced a nearly evenly split parliament and big gains for the anti-immigration Sweden Democrats, with whom several other parties refuse to deal.

Lofven had needed to avoid a majority voting against him in the Swedish Riksdag. He avoided rejection by two votes in the 349-seat parliament, with one parliamentarian breaking party ranks to support him.

“For the time being, the government crisis is over,” said Jonas Hinnfors, a political science professor at Gothenburg University.

“The opposition might feel stronger since they have shown how frail the majority is for the government, but on the other hand it is also evident that the right-of-centre parties do not command a majority.”

The crisis has undermined the centre ground, with the next parliamentary election due little more than a year from now, in September 2022. But parties at either end of the political spectrum – the formerly communist Left Party and the anti-immigration Sweden Democrats – look to have emerged emboldened.

Confidence in Left Party leader Nooshi Dadgostar has soared in surveys since she withdrew support for Lofven and forced the withdrawal of plans to ease rent controls.

Meanwhile, Jimmie Akesson’s Sweden Democrats have helped bring down the government, albeit only temporarily, and fostered closer ties with other right-wing parties after long being treated as political pariahs.

“It has been seven lost years of failures,” Akesson said in a speech to parliament. “The very best thing would be for the new political situation to be tested in a snap election. That is the only way to untie the political knots in this country.”