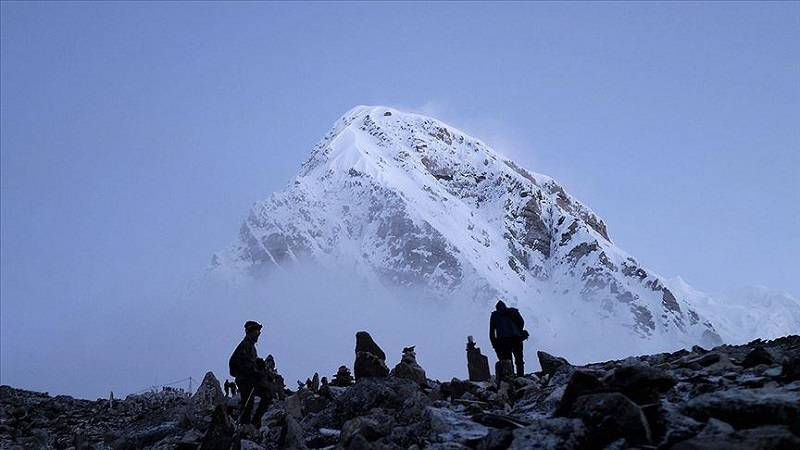 Two foreign climbers have died on Mount Everest, the first casualty of the mountaineering season, their expedition organizer said Thursday.

Chhang Dawa Sherpa, expedition manager of Seven Summit Treks, said Abdul Waraich, a climber from Switzerland died on Wednesday while returning after reaching the top of the world's highest peak.

Puwei Liu, an American climber, died at Camp 4, the highest camp before the summit at 8,848.86 meters.

Snow blindness and exhaustion at the so-called "death zone" of Everest forced the American climber to return without reaching the top, said Sherpa.

Nepal allowed climbers to return to Everest and other Himalayan peaks after it shut mountaineering due to the Covid-19 pandemic last year. This year, the government issued 408 permits for Everest, a record number.

Hundreds of climbers attempt to reach the top of the world's highest peaks in Nepal. The commercial season runs April through May every year.