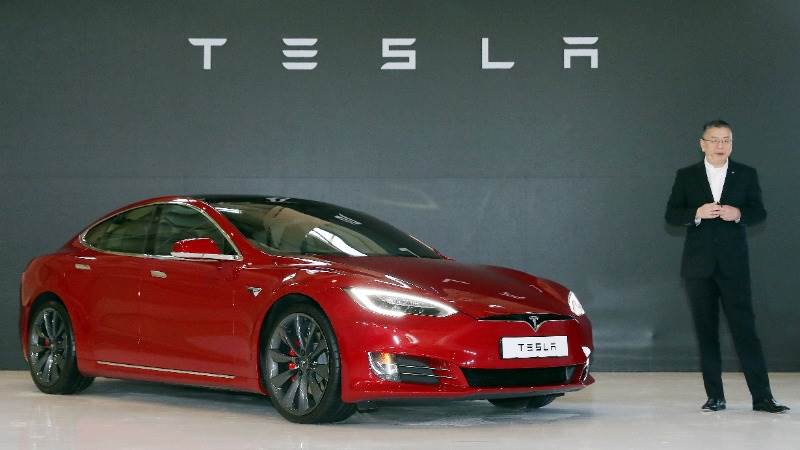 Tesla Inc's shares slipped in premarket trading on Monday, adding to a heavy week of losses after CEO Elon Musk offloaded a combined $6.9 billion worth of shares in the electric-car maker, News.Az reports citing Reuters.

Musk got into a spat with Bernie Sanders on Sunday after the U.S. senator demanded the wealthy pay their "fair share" of taxes.

Meanwhile, "The Big Short" investor Michael Burry took aim at Musk again, tweeting, "@elonmusk borrowed against 88.3 million shares, sold all his mansions, moved to Texas, and is asking @BernieSanders whether he should sell more stock. He doesn't need cash. He just wants to sell $TSLA."

Tesla January and February 2022 calls at a strike price of $900 were among the top three heavily traded options contracts, according to Refinitiv data on Friday, suggesting some traders were assuming more short-term weakness in the stock.

Musk sold 6.36 million Tesla shares last week and now needs to offload about 10 million more shares to fulfill his pledge to sell 10% of his holdings in the electric-vehicle maker.