This war will have no winners, only losers - UN secretary general 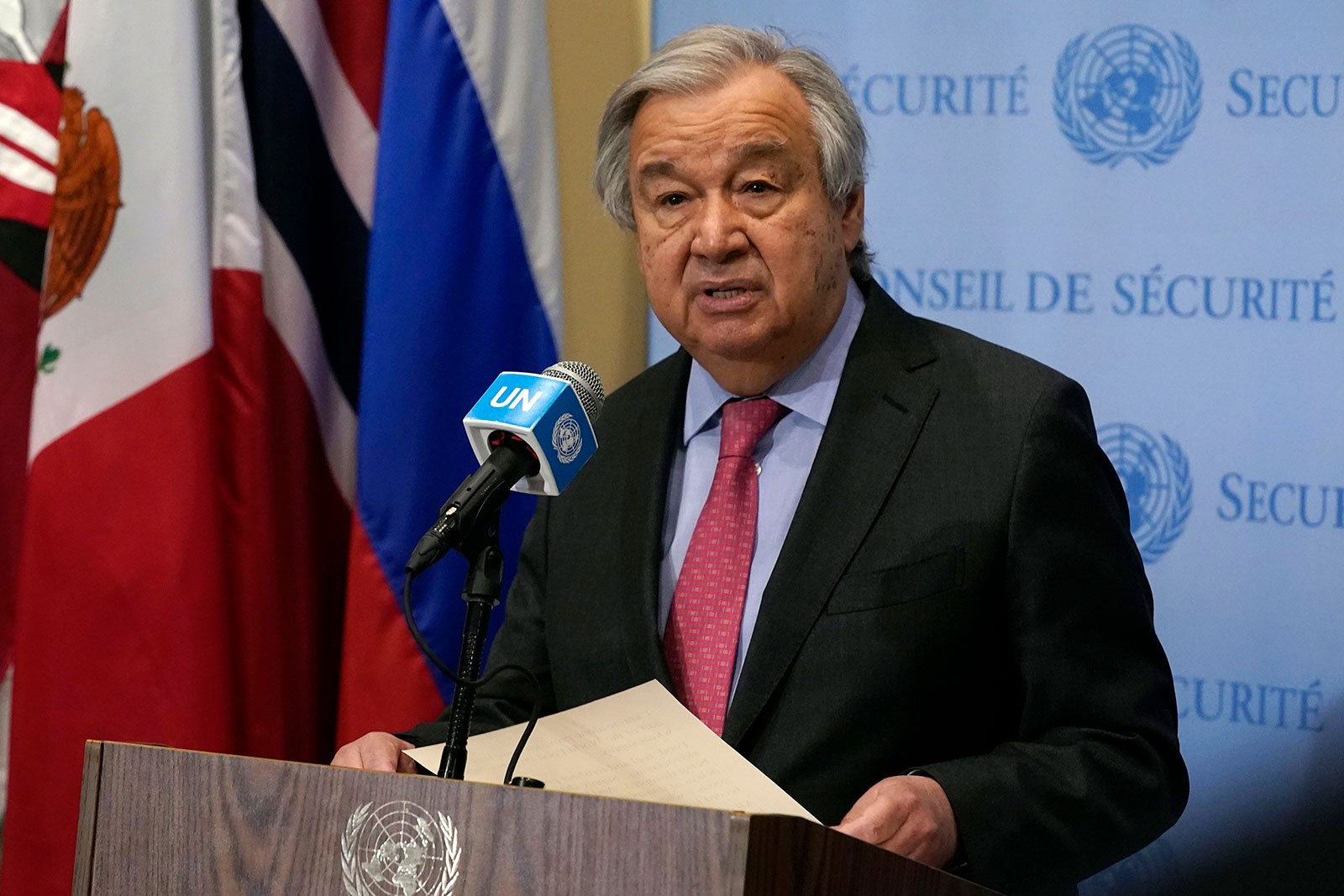 "Ukraine is on fire. The country is being decimated before the eyes of the world. The impact on civilians is reaching terrifying proportions. Countless innocent people — including women and children — have been killed," he said addressing reporters.

Guterres added, "After being hit by Russian forces, roads, airports and schools lie in ruins. According to the World Health Organization, at least 24 health facilities have suffered attacks. Hundreds of thousands of people are without water or electricity. With each passing hour, two things are increasingly clear: First, it keeps getting worse. Second, whatever the outcome, this war will have no winners, only losers."

Guterres said he has spoken to several world leaders who have been in contact with Russian leader Vladimir Putin. He said they are working on mediation efforts.

Guterres has not spoken with Putin since the conflict in Ukraine began in late February.

Asked about his opinion of a no-fly zone, Guterres was cautious in responding, telling reporters “consider that possibility as a risk of escalation that could create a global conflict. It is based on that analysis that I think we need to be prudent, even if I understand the dramatic appeal of Ukrainian government.”