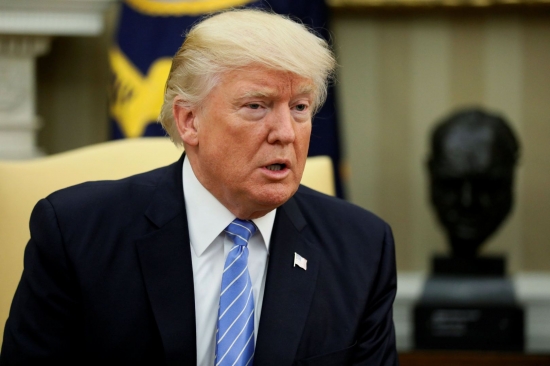 President Donald Trump on Wednesday vetoed legislation passed by both houses of Congress to limit a president’s ability to wage war against Iran, as Trump wages a campaign of maximum pressure against the Islamic Republic, Reuters reported.

“This was a very insulting resolution, introduced by Democrats as part of a strategy to win an election on November 3 by dividing the Republican Party,” Trump said in a statement released by the White House. “The few Republicans who voted for it played right into their hands.”

The Senate, where Trump’s fellow Republicans hold a 53-to 47-seat majority, is expected to hold a veto-override vote as soon as Thursday.

The resolution, which passed the House of Representatives in March and the Senate in April, was the latest effort by Congress to wrest back from the White House its constitutionally guaranteed authority to declare war.

A handful of Republicans in both houses supported the measure when it passed, but not enough to muster the two-thirds majority necessary in both houses to override a veto.