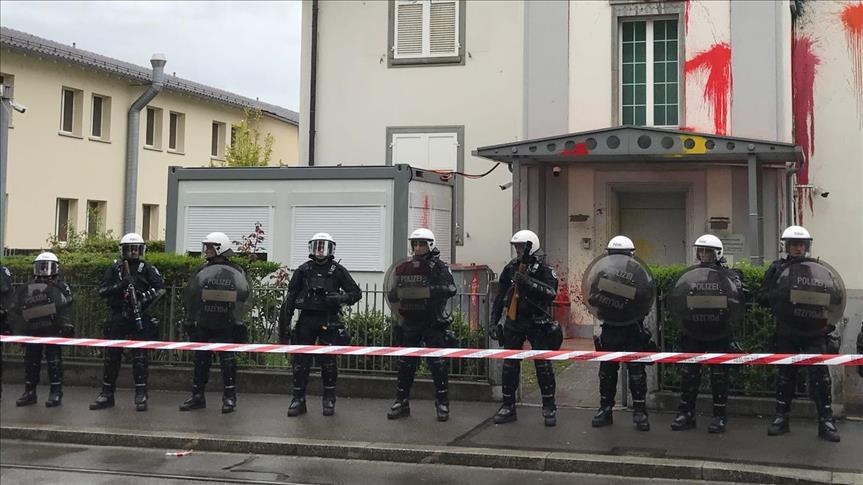 Asiye Nurcan Ipekci, Turkey's consul in Zurich, said the attackers painted "Kill Erdogan" on the walls of a nearby building and bus stop.

"Now the situation is under control," she said, adding there was nothing to fear.

Police took measures and are cooperating with consulate authorities, she said.

No casualties were reported and there were only security staff inside the building.

This is not the first incident in Europe supporting violent attacks on President Recep Tayyip Erdogan.

Ahead of Turkey’s April 16 constitutional referendum, a rally in the capital Bern featured a large banner saying “Kill Erdogan” and a picture of gun being pointed at the president’s head.