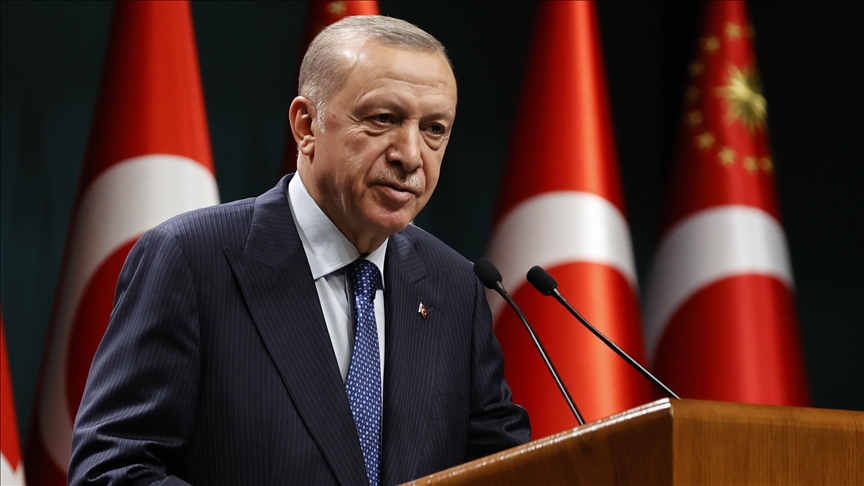 "Our contribution to the historic success with the signing of the grain transportation agreement showed that Turkiye is an important country," said Recep Tayyip Erdogan, Turkish President in an interview with the local journalists, News.az reports.

He noted that discussions on the signing of the agreement continued in a very sensitive manner.

Erdogan stressed that the rockets fired at the Odessa port are regrettable and that the possible failure will be against everyone: "We want them to stick to the signatures they signed and the commitments they undertook."

The Turkish leader said that he hopes that a just and permanent peace will be achieved in Ukraine.