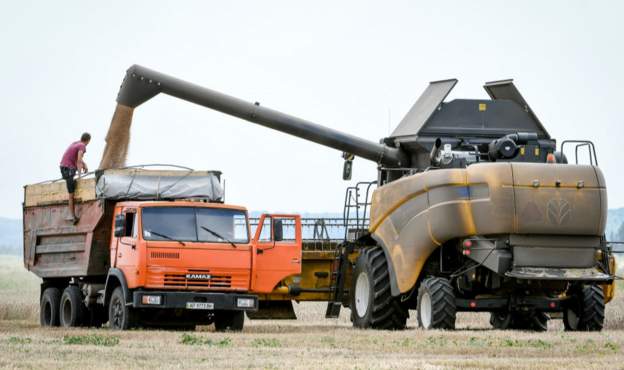 Taras Vysotskyi, speaking on Ukrainian national TV, said he feared Russia might steal most of the 1.5m tonnes of grain in areas now under its control.

Russia has not commented on the allegation, but its military has inflicted huge economic losses.

Russia’s widespread shelling and its blockade of Ukrainian Black Sea ports have disrupted grain production, raising international concern about soaring food prices. Ukraine is one of the world’s top exporters of grain and vegetable oils. It has been nicknamed Europe’s “bread basket”.

Vysotskyi has assured Ukrainians however that they will not suffer food shortages because of the disruption.

A cargo ship carrying over 71,000 tonnes of Ukrainian corn left the Romanian port of Constanta on Thursday - the first since Russia invaded Ukraine on 24 February.

Constanta is handling Ukrainian exports in a Romanian gesture of solidarity, as the Russian navy is blockading Odesa, Ukraine’s main export hub.

Grain is a hugely sensitive issue in Ukraine, where many families have bitter memories of the 1930s famine (“Holodomor”), caused by Soviet deportations of richer peasants (“kulaks”) and seizure of farms.