Ukrainian forces are withdrawing from Severodonetsk to "better defend themselves," senior US official says 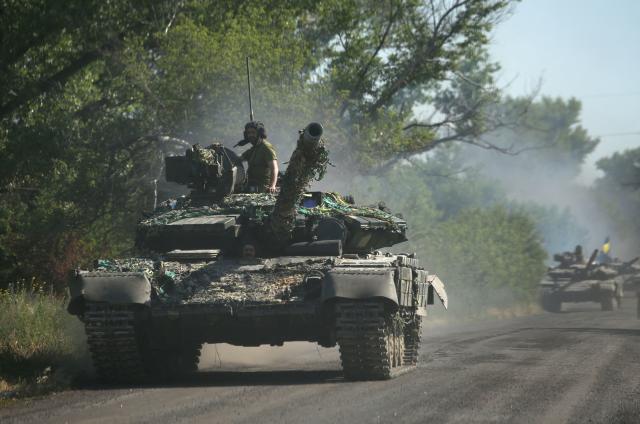 Ukrainian forces moving back from Severodonetsk are “putting themselves in a position where they can better defend themselves,” according to a senior US defense official, News.az reports citing Ukrinform.

“The Ukrainian armed forces are performing a professional, tactical retrograde in order to consolidate their forces in positions that they can better defend themselves,” said the official in a background call with reporters.

The official also said Russian forces are still “just eking out inch by inch of territory” in Donbas and characterized the Russian move on Severodonetsk as a “very small, very incremental gain.”

However, the official said they did not want to minimize the “significant” percentage of territory Russia does control in Ukraine or the loss of Ukrainian lives.