US announces steps to ramp up NATO security against Russian threat 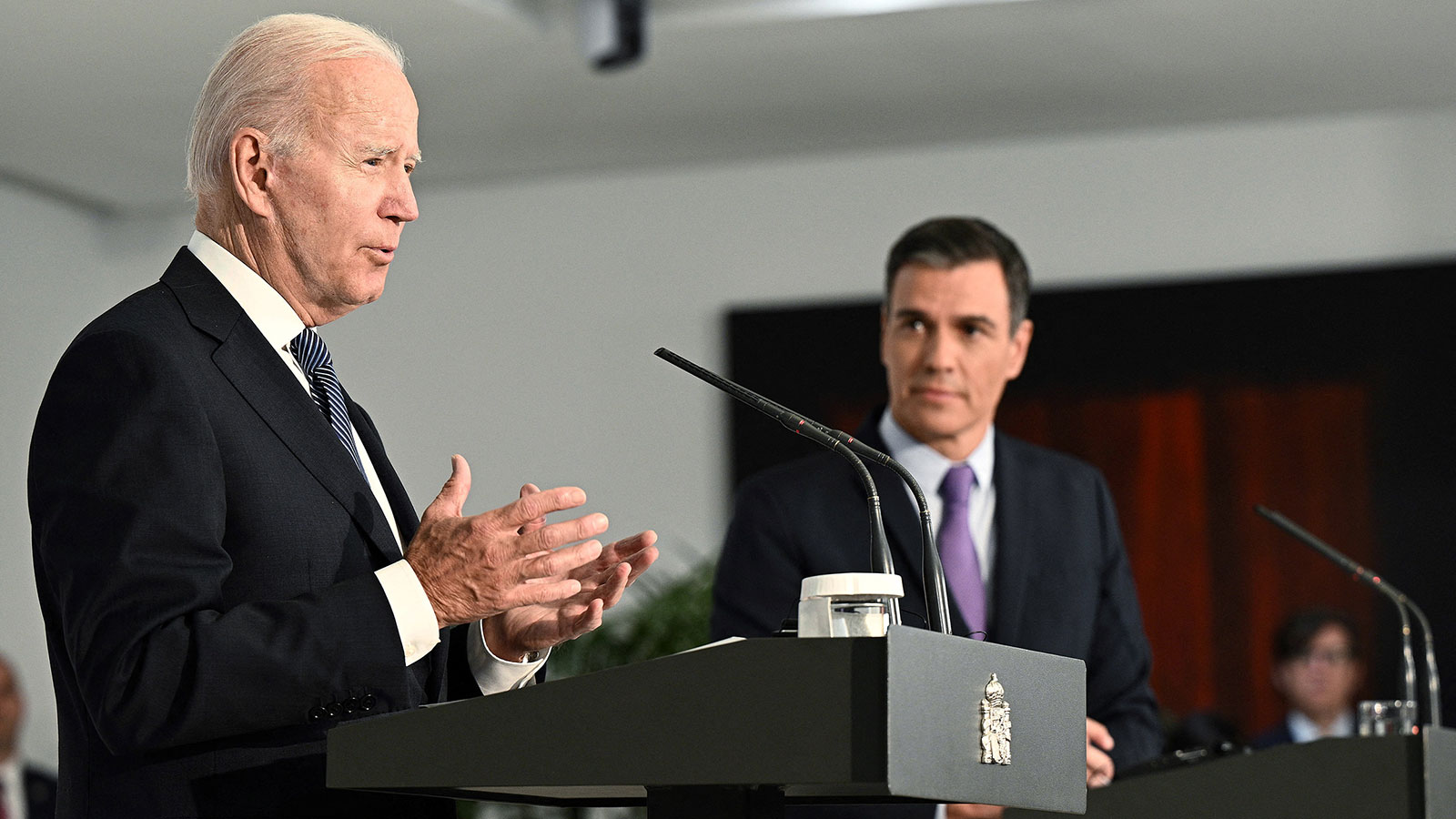 US President Joe Biden announced Tuesday the United States will send two new destroyers to the Rota Naval Station in Spain. This brings the total number of US destroyers based there to six, News.az reports citing CNN.

"As I said before the war started, if Putin attacked Ukraine, the United States would enhance our force posture in Europe and respond to the reality of a new European security environment," he said alongside Spanish Prime Minister Pedro Sánchez. "Together, the new commitments will constitute an impressive display of allied unity and resolve and NATO's 360 degree approach to our security."

The move comes as the US is expected to make specific announcements during this week's NATO summit in Madrid to ramp up the American force posture as it looks to counter a "more acute and aggravated Russian threat," according to national security adviser Jake Sullivan.

"The United States will be making specific announcements tomorrow on land, sea and air on additional force posture commitments over the long term beyond the duration of this crisis, for however long it goes on," Sullivan said aboard Air Force One as Biden was flying to Madrid. "Those will help increases the United States’ and NATO’s maritime presence."

"By the end of the summit what you will see is a more robust, more effective, more combat credible, more capable and more determined force posture to take account of a more acute and aggravated Russian threat," he added.

He said the whole of the NATO alliance was also planning to agree on specific targets for increased funding for NATO from their national budgets.

This follows after NATO secretary-general Jens Stoltenberg announced Monday the US-led military alliance will enhance its battle groups in the eastern part of the alliance up to brigade levels, saying it would be the "biggest overhaul of our collective deterrence and defense since the Cold War."

"We will increase the number of high readiness forces to well over 300,000," he said, adding it will include "more pre-positioned equipment, and stockpiles of military supplies; more forward-deployed capabilities, like air defense; strengthened command and control; and upgraded defense plans, with forces pre-assigned to defend specific allies."

According to the NATO website, the NATO Response Force comprises around 40,000 troops.

"These troops will exercise together with home defense forces. And they will become familiar with local terrain, facilities, and our new pre-positioned stocks so that they can respond smoothly and swiftly to any emergency," Stoltenberg added.