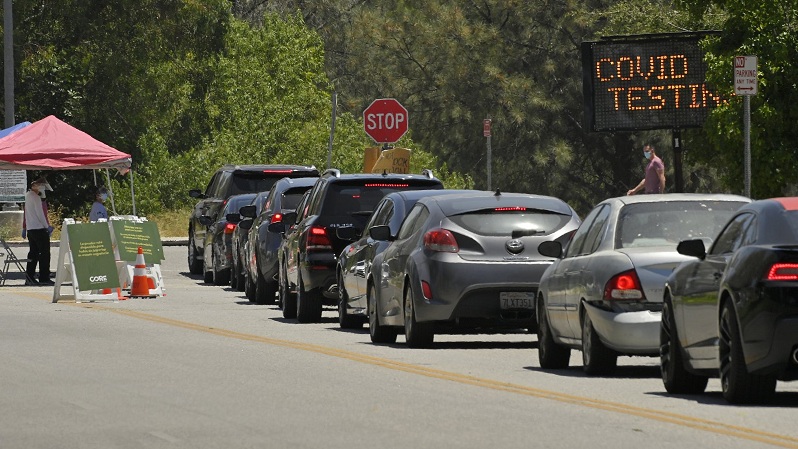 U.S. deaths from the coronavirus were approaching 180,000 Thursday after a surge of new cases in June and July, particularly in hotspots like California, Florida, and Texas.

There are signs of an improving outlook. Last week, deaths fell 17% from the prior week and below an average of 1,000 a day for the first time in weeks, according to a Reuters analysis.

However, while U.S. metrics on cases, deaths, hospitalizations and test positivity rates are all heading downward, health experts fear there could be another surge as schools reopen and colder weather forces more gatherings indoors.

U.S. consumer confidence dropped to a more than six-year low in August as households worried about the labor market and incomes, casting doubts on the sustainability of the economy's recovery from the COVID-19 recession.

The ebb in confidence followed the expiration of a $600 weekly unemployment benefit supplement on July 31.

For weeks now, Republicans and Democrats have been deadlocked over the size and shape of a fifth coronavirus-response bill, on top of the approximately $3 trillion already enacted into law.