US rioter who posed on Pelosi's desk taken into custody 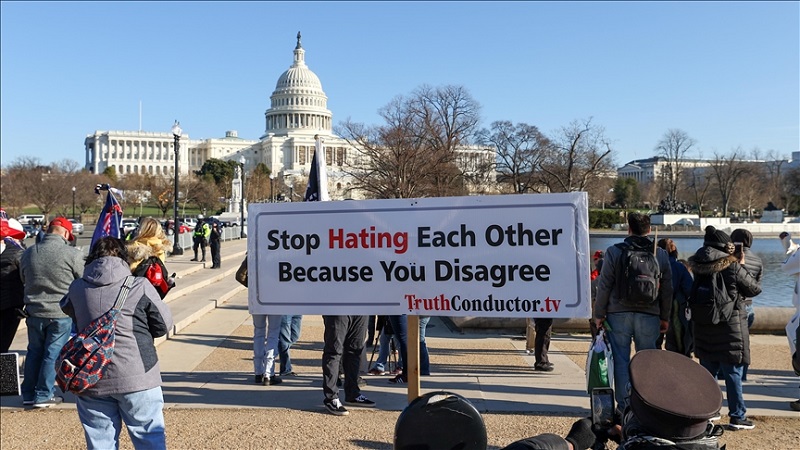 Federal authorities have taken into custody a man who broke into House Speaker Nancy Pelosi's office during this week's riot of President Donald Trump's supporters on Capitol Hill, the Justice Department confirmed Friday.

Richard Barnett has been arrested in his home state of Arkansas, spokesman Joshua Stueve confirmed in an email exchange with Anadolu Agency. He has been charged with one count each of entering restricted grounds, violent entry, and public property theft.

Barnett was photographed posing on House Speaker Nancy Pelosi's desk during Wednesday's riot in a photo that went viral and stirred outrage.

The Justice Department also confirmed West Virginia state lawmaker Derrick Evans has also been charged with illegally entering the Capitol in connection with the riot.

"We’re in! We’re in! Derrick Evans is in the Capitol," Evans said in a since-deleted live video he published on social media.

The storming of the Capitol erupted shortly after Trump riled his supporters at a nearby location on Wednesday, repeating false charges that the election was stolen from him and vowing to never concede.