US suspends 44 passenger flights to China operated by Chinese carriers 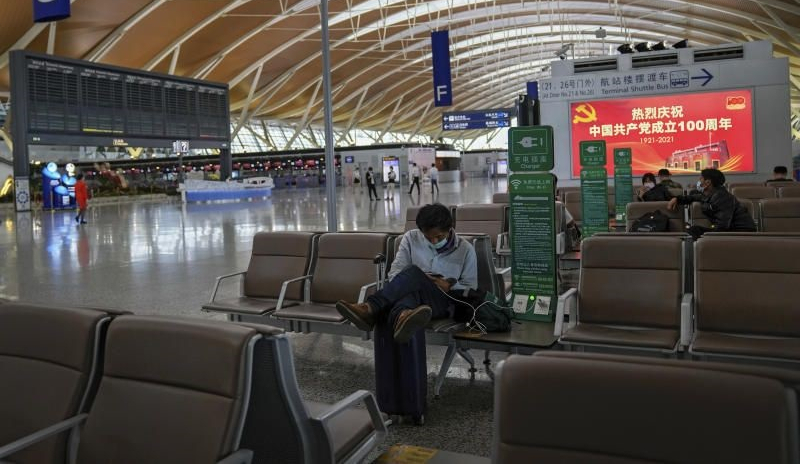 The United States announced Friday that it was suspending 44 Chinese passenger flights from America to the Asian giant in response to restrictive moves by Beijing on US carriers under its Covid-19 protocols, News.Az reports citing AFP.

China maintains strict controls over border entry including slashed flights and a "circuit breaker" policy where routes are halted if too many infections are brought in on the flights.

China's aviation authority used the circuit breaker policy to cancel flights by American, Delta and United airlines when passengers who tested negative for Covid before takeoff later tested positive once arriving in China.

The US Department of Transportation wrote in its order Friday that "actions impairing the operations of Delta, American and United as described above are adverse to the public interest and warrant proportionate remedial action by the department."

"US carriers, who are following all relevant Chinese regulations with respect to pre-departure and in-flight protocols, should not be penalized if passengers, post-arrival, later test positive for COVID-19," it said.

The move comes less than three weeks before Beijing hosts the Winter Olympics.

The Chinese capital has already suspended thousands of flights and increased testing after the city recorded its first community case of the Omicron variant last weekend.

Chinese officials have pursued a strict "zero-Covid" approach with tight border restrictions and targeted lockdowns -- a strategy that has come under pressure as multiple clusters have flared across the country ahead of next month's Games.