US Vice President to visit Georgia 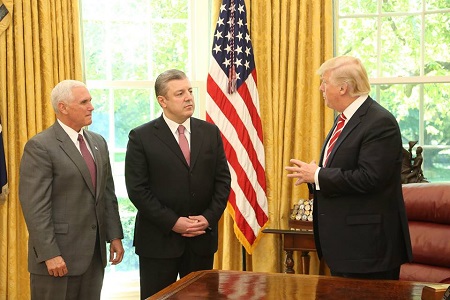 The United States (US) Vice President Mike Pence will pay a visit to Georgia, the White House said.

Welcoming Pence to Georgia, the country’s Prime Minister Giorgi Kvirikashvili said this is yet another proof of the US support to Georgia, according to agenda.ge.

This is a very important step from the US in terms of supporting Georgia”, Kvirikashvili posted on his official Facebook page.

Prime Minister Kvirikashvili said he had personally invited Pence to visit Georgia a couple of months ago when the Georgian delegation was paying a visit to the US.

According to the White House, Pence will travel to the Georgian capital of Tbilisi after his visit to the Estonian capital of Tallinn, while later he will move to Montenegro’s capital of Podgorica.