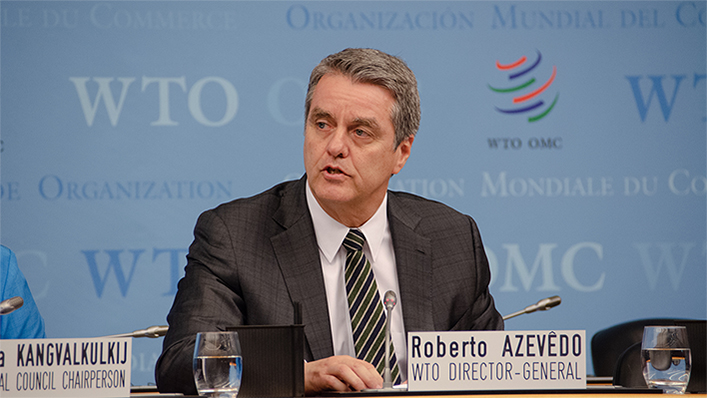 The head of the World Trade Organization is expected to step down earlier than planned, a Geneva-based source said, and has summoned a virtual meeting to inform national members on Thursday afternoon, Reuters reports.

Brazilian Roberto Azevedo, 62, has been director-general at the Geneva-based trade body since 2013 and was on a second term of office due to conclude at the end of August 2021.

The heads of delegations of the WTO’s 164 members were called to a special meeting to be held at 4 p.m. (1400 GMT) on Thursday to inform them about “pressing WTO administrative issues”.

The WTO said it would have an announcement following the meeting, but would not comment until then.