16 tourists killed after being stranded in snow in N. Pakistan 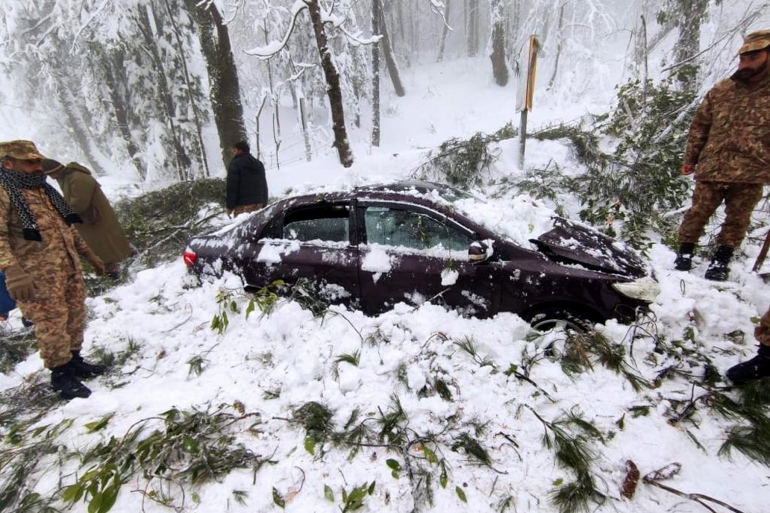 At least 16 tourists were killed after their vehicles were stranded in snow in Pakistan's north Murree area, the country's interior minister said on Saturday, Xinhua reports.

In a video message, Interior Minister Sheikh Rasheed Ahmad said that thousands of vehicles got stranded on the way back from Murree, adding that all the victims were tourists who chilled to death in the extremely cold weather.

The official asked locals to provide blankets to the tourists who are in extremely bad condition in their vehicles.

Police sources from Murree told Xinhua that many vehicles were completely buried under the snow, indicating that the death toll may further rise.

The authorities have also closed the road to Murree except vehicles that are taking blankets for the stranded people.

Paramilitary troops including Frontier Corps and Rangers were also called in by the district administration for evacuating the stranded people.

The small scenic resort of Murree, located some 60 kilometers northeast of federal capital of Islamabad, attracts thousands of tourists during winter every year to experience snowfall.