A huge new prehistoric circle has been discovered near Stonehenge 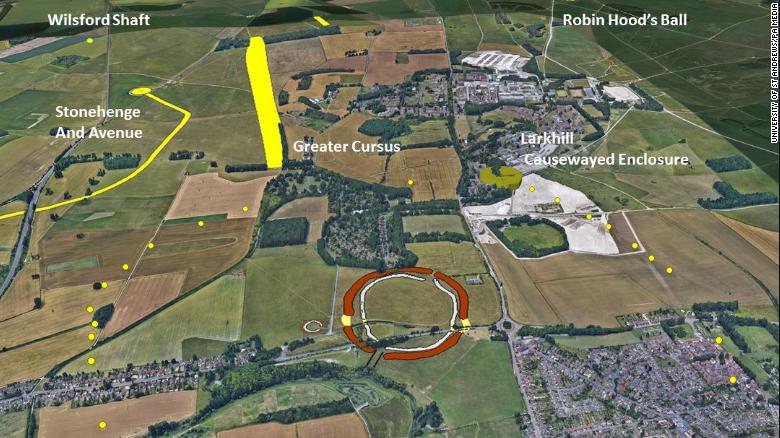 A huge, previously undiscovered prehistoric monument has been unearthed just a stone's throw from Stonehenge.

The shafts combine to form a circle more than two kilometers (1.2 miles) in diameter, archaeologists from the University of St Andrew's said.

The monument is most likely Neolithic and was created more than 4,500 years ago, they added. The first stage of Stonehenge was constructed around 3,000 BC.

"Clearly sophisticated practices demonstrate that the people were so in tune with natural events to an extent that we can barely conceive in the modern world we live in today," said Richard Bates, of the university's School of Earth and Environmental Sciences. 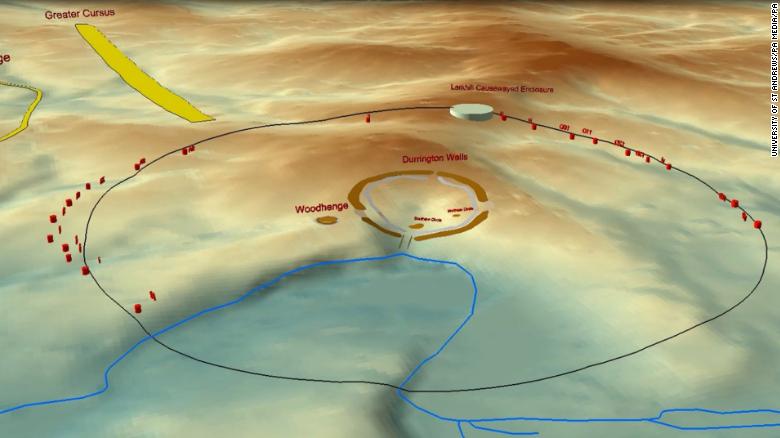 The team believes the shafts -- positioned about two miles northeast of Stonehenge -- were built as a boundary to a sacred area or precinct associated with the henge. The Neolithic period, during which the first farmers in Britain worked, is characterized by the development of ornate, large ritual structures and enclosures, including the famous stone circle at Stonehenge.

"However, no comparative prehistoric structure in the UK encloses such a large area as the circle of shafts at Durrington, and the structure is currently unique," the university said in a press release.

The effort invested in making the newly discovered monument suggests an important cosmological link between it and Stonehenge, the team added.

"The presence of such massive features, and perhaps an internal post line, guided people towards the religious sites within the circle or may have warned those who were not permitted to cross the boundary marked by the shafts," the university said.

Though the purpose of Stonehenge remains unknown to modern archeologists and historians, the famous stones are positioned in relation to the solstices and the sun's movements.

Saturday marked the Summer Solstice, which would usually see tourists flock to Stonehenge for a public celebration -- but the coronavirus pandemic meant this year's event was canceled.