Abu Dhabi to bar unvaccinated people from most public places 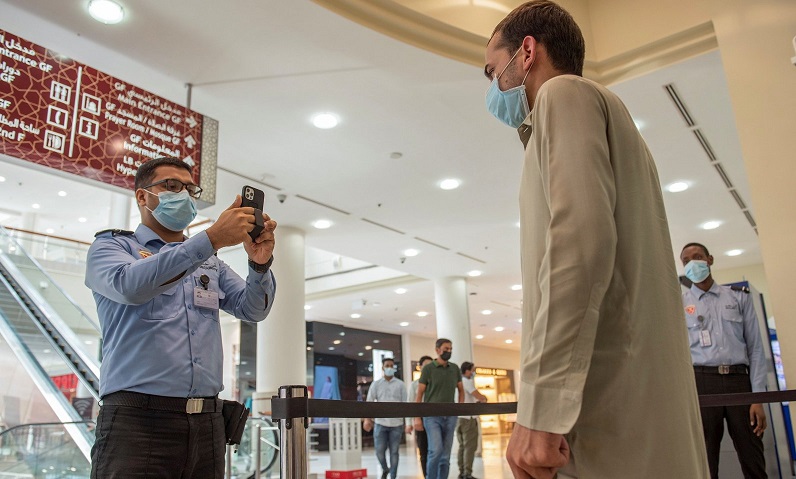 The UAE capital Abu Dhabi said it will allow only vaccinated people in many public places, including schools, malls and restaurants, from Aug. 20 in an effort to combat the coronavirus pandemic.

The city earlier this month announced a color-coded system on its health app that details testing and vaccination history. Those with "green" status are allowed more freedom of movement in Abu Dhabi, with a list of restricted places such as public beaches already announced earlier this month.

"The Abu Dhabi Emergency, Crisis and Disasters Committee has approved allowing entry into a number of public places for only those vaccinated, effective from Friday, August 20," it said Monday.

Unvaccinated people will be kept out of shopping malls, restaurants, retail stores, gyms, recreational facilities and sporting activities, hotel resorts, museums and parks, as well as universities, schools and nurseries. But they will still be allowed into smaller supermarkets and pharmacies.

"The decision is in line with the emirate's strategy to combat the COVID-19 pandemic," the committee said, adding new measures do not apply to children under 15 and those exempt from vaccination – including pregnant women and individuals with medical conditions.

The United Arab Emirates – which has mounted an intensive COVID-19 vaccination campaign that has produced some of the highest inoculation rates globally – warned in April that those who remained unvaccinated would face restrictions on their movement. It has so far recorded more than 631,000 cases, including 1,807 deaths.

The latest rules come as Gulf countries, including Saudi Arabia and Kuwait, move towards more stringent restrictions on those who have not been inoculated. Kuwait has said it will only allow fully vaccinated foreigners to enter the country and only its inoculated citizens to travel abroad from Aug. 1.

And since last Sunday, only vaccinated people are allowed into large Kuwaiti shopping malls, gyms and restaurants. Saudi Arabia, meanwhile, has said vaccination against COVID-19 will be mandatory from Aug. 1 to enter any government and private establishments as well as to use public transport. It will also be required to enter any educational institution.