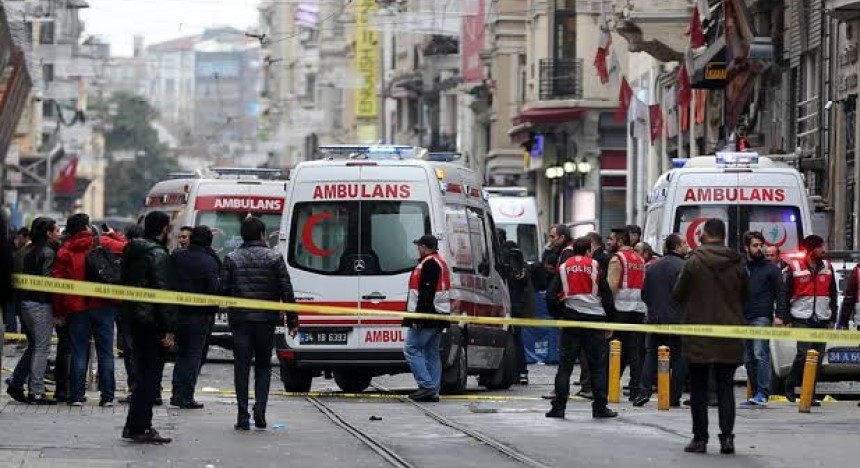 Addressing a press conference in Istanbul before leaving for Indonesia to attend the 17th G20 summit, he said that based on initial information from the city's governor, the explosion could be a suspected act of terrorism.

Initial observations also show that a woman played a role in the blast, he said, adding that all perpetrators will be identified.

"Efforts to seize control of Türkiye and the Turkish nation through terrorism will not yield results," the president said.

Earlier, Istanbul Governor Ali Yerlikaya said the blast occurred at around 4.20 p.m. local time, with police and emergency officials sent to the scene.

On the EU's statement regarding the Turkish Republic of Northern Cyprus being given the observer member status in the Organization of Turkic States, Erdogan said: "What the European Union says, how the European Union looks at it, none of this concerns us."

"How we look at it is important," he added.

Regarding the forthcoming G20 meeting, the president said "food and energy security are two main items" on the agenda.

Economic impact of coronavirus and the Russia-Ukraine war will also be a part of discussions, he said, and added that global inflation waves shook all economies deeply, and there are concerns of recession.