At least 6 killed in suicide bombing in Somalia 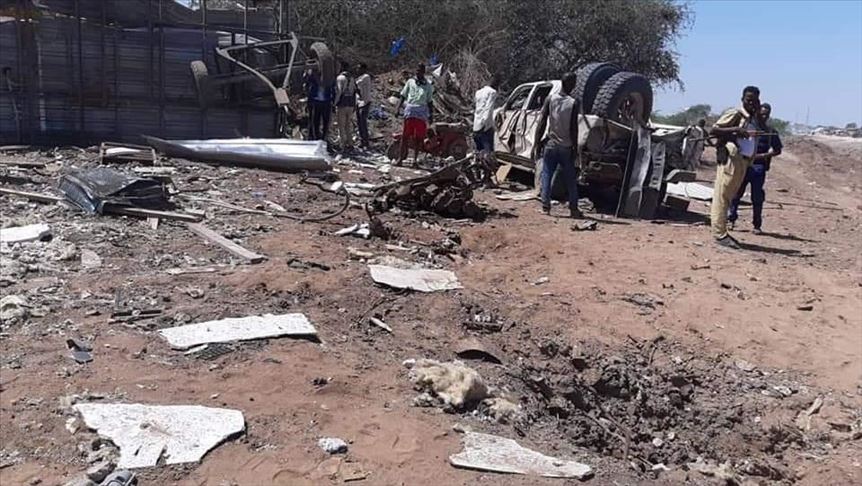 At least six people were killed and ten others wounded in a suicide bombing in the Somali capital Mogadishu on Tuesday evening, the police said, News.Az reports citing Xinhua.

The police said a suicide bomber wearing explosive vests wrapped around his waist blew himself up at a restaurant located near a military training camp in the restive city.

"We can confirm that six people were killed and ten others wounded in the suicide bombing," a police officer who requested anonymity told Xinhua on the phone.

Witnesses said rescue operations are underway to rush the wounded to the hospital, adding that the explosion ripped off the roof of the restaurant.

"I have seen heavily armed security forces arriving at the scene," Mukhtar Mohamed, a witness, said.

There was no immediate claim of responsibility for the latest attack.