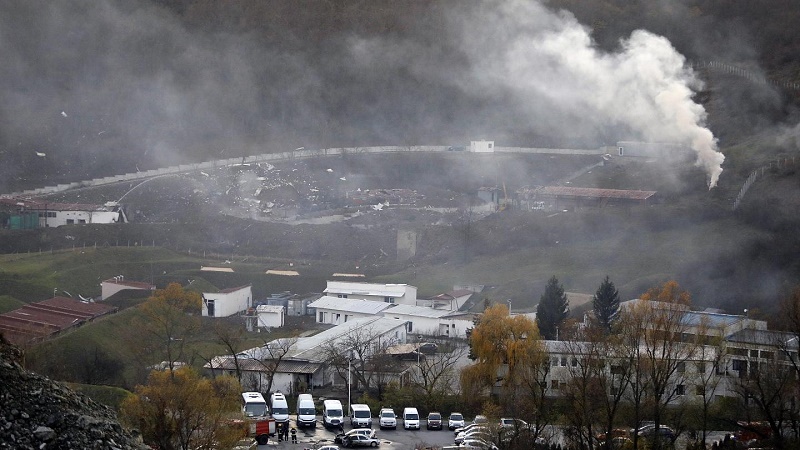 At least two people have died after a series of explosions ripped through a munitions factory in Serbia, Euronews reports.

Police said the first blast occurred at around 14:00 local time at a warehouse where rockets were stored, on the outskirts of Belgrade.

Two workers were killed and at least sixteen others were injured, the interior ministry said in a statement.

Rescue services were using drones to look for more victims, while firefighters pulled five people from the rubble.

The explosions took place at a factory in the town of Bubanj Potok, which produces rocket fuel and several other munitions.

Euronews Serbia reports that around 40 people were inside the warehouse when the explosion took place. An investigation has been launched

Some of the injured workers were transferred to hospitals in Belgrade with severe burns while more people remain missing.

Authorities say the area is now safe, but the explosion could be heard in Belgrade and a thick billowing smoke cloud could be seen. Several vehicles parked at the factory were also on fire.

The factory in Bubanj Potok was previously the scene of another explosion in 2008 when one worker was killed and two others were injured.