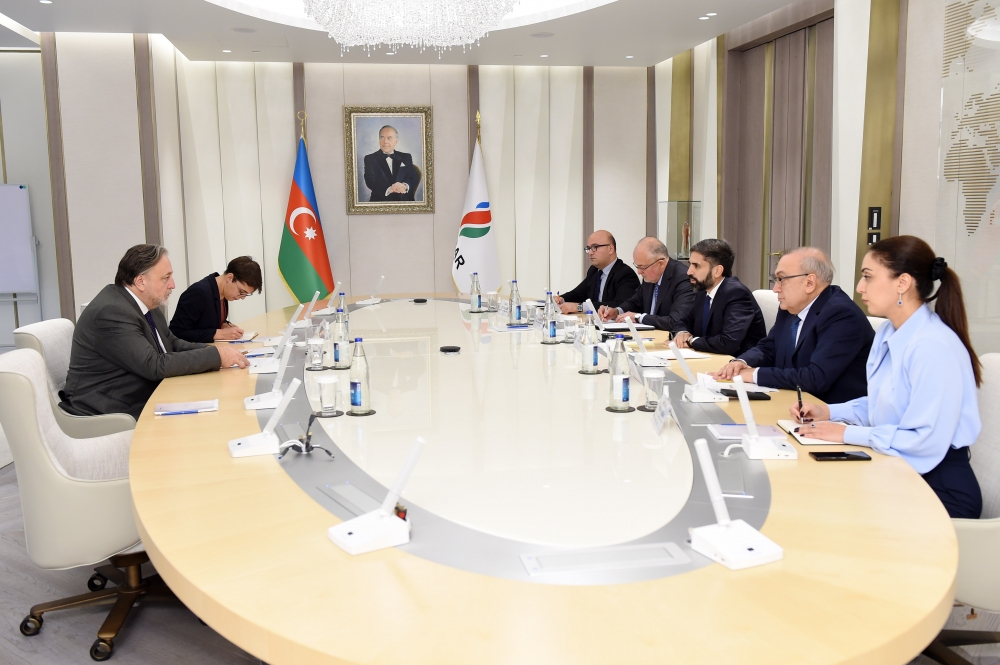 President of the State Oil Company of Azerbaijan (SOCAR) Rovshan Najaf has met with Ambassador of the Czech Republic to the country Milan Sedláček, News.az reports.

Ambassador Milan Sedláček expressed his gratitude for the support shown for screening of the documentary film in Azerbaijan`s Oil Rocks which will be a part of the program to be broadcast by the Czech Television.

During the meeting, the sides emphasized the successful development of the strategic partnership relations between Azerbaijan and the Czech Republic. They also stressed the importance of mutually beneficial cooperation between the two countries in the economic field, including the oil and gas sectors.

The sides also exchanged views on prospects for cooperation, as well as other issues of mutual interest.