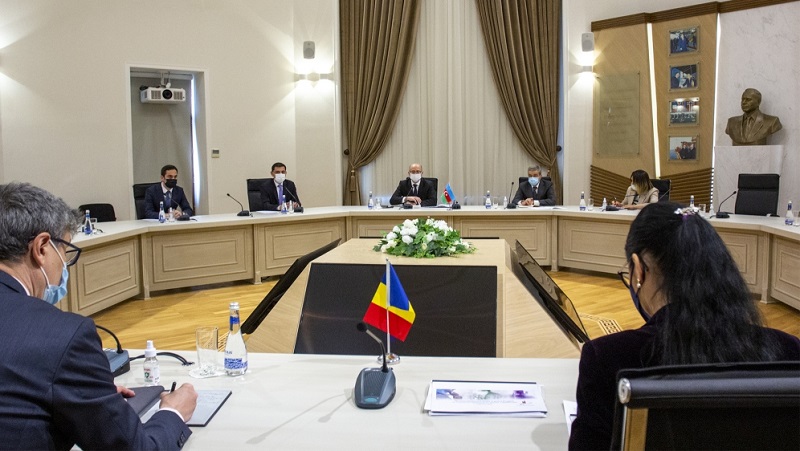 Azerbaijan’s Minister of Energy Parviz Shahbazov has met with Romanian Energy Minister Virgil-Daniel Popescu and Special Envoy for Strategic and International Affairs Ana Birchall, as well as the delegation, which included the senior officials of Transgaz and Romgaz, the Ministry of Energy told News.Az.

At the meeting, discussions were held on the priority areas of energy cooperation between the two countries. It was noted that the strategic partnership between Azerbaijan and Romania plays an important role in the development of cooperation in the field of energy. Romania's participation and interest in the project were highly appreciated at the 8th Ministerial Meeting of the Southern Gas Corridor Advisory Council and the prospects of this country's participation in the project were discussed.

During the meeting, the Georgia-Romania Black Sea submarine cable project was also considered Romania was invited to participate in the currently forming Working Group on the project. Minister Parviz Shahbazov emphasized the importance of the project in terms of expanding the export opportunities of electricity between the region and the European market and highlighted the potential and plans of Azerbaijan for the export of “green energy”. The Minister said that the ongoing renewable energy projects and plans related to the realization of offshore wind energy potential can make Azerbaijan an important partner also in the export of electricity and hydrogen, which will be produced from “green energy” sources, in the future in cooperation with Europe.