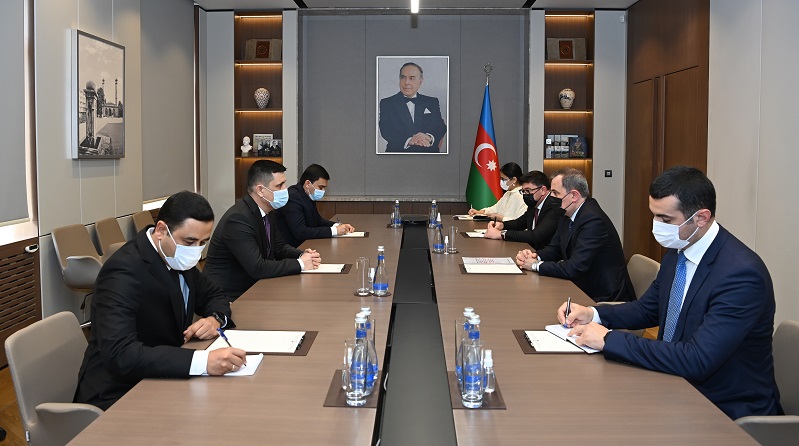 Minister Bayramov thanked the Turkmen ambassador for his successful activities for the development of friendly and brotherly relations between our countries and wished him success in his future activities. The historical importance of increasing partnership and dialogue between Azerbaijan and Turkmenistan in various formats, regular high-level visits and meetings, agreements reached on the Caspian Sea, which is a Friendship Sea, and expanding cooperation was emphasized.

Ambassador Mekan Ishangulyyev noted that he carried out his activities in Azerbaijan as in his homeland and expressed his satisfaction with the relations between our peoples and countries based on historical, cultural and ethnic unity. He stressed that there is potential for further development of cooperation in political, economic, trade, transport and transit areas.

At the meeting bilateral cooperation agenda, regional peacebuilding efforts and other issues of mutual interest were discussed.