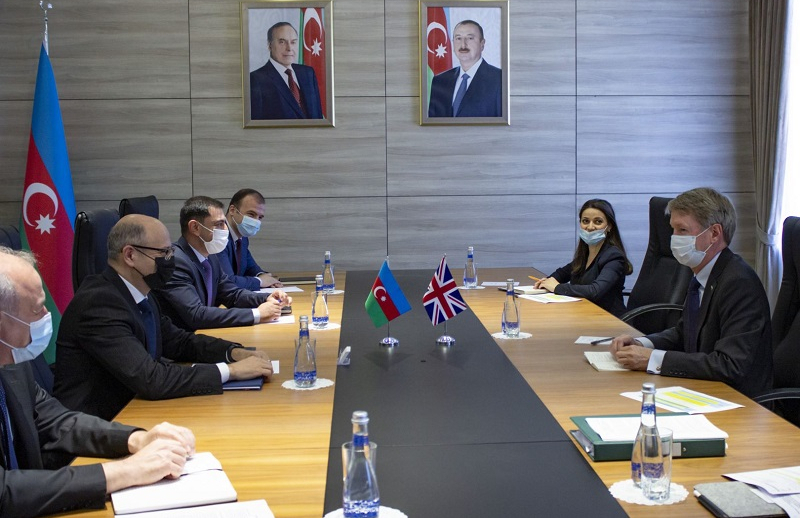 During the meeting, the parties discussed bilateral relations, existing ties, and cooperation in the energy sector, prospects for the future.

Furthermore, the officials discussed the progress of the implementation of the protocol of the 4th meeting of the Joint Intergovernmental Commission on Economic Cooperation between the Government of Azerbaijan and the Government of the UK.

In the course of the meeting, Shahbazov and Sharp exchanged views on the organization of work to coordinate the implementation of the measures envisaged by the protocol.

The sides emphasized the importance of the activities of the UK Chamber of Commerce, which began its activities in May this year, in expanding economic ties between the two countries.

According to the minister, relations between the two countries are successfully developing in all areas, including in the energy sector, and the current cooperation has entered a new stage of development, corresponding to the challenges of the global energy sector.

Moreover, the parties noted the steps to be taken in accordance with the Memorandum of Understanding between the Azerbaijani Ministry of Energy and the UK Ministry of International Trade on cooperation in the field of transition to clean energy, as well as the Memorandum of Understanding signed with BP in the field of integrated energy and transport systems, an executive agreement on cooperation in the assessment and implementation of a project for the construction of a solar power plant with a capacity of 240 MW in the Zangilan-Jabrayil zone.

A number of other issues of mutual interest were also discussed at the meeting.