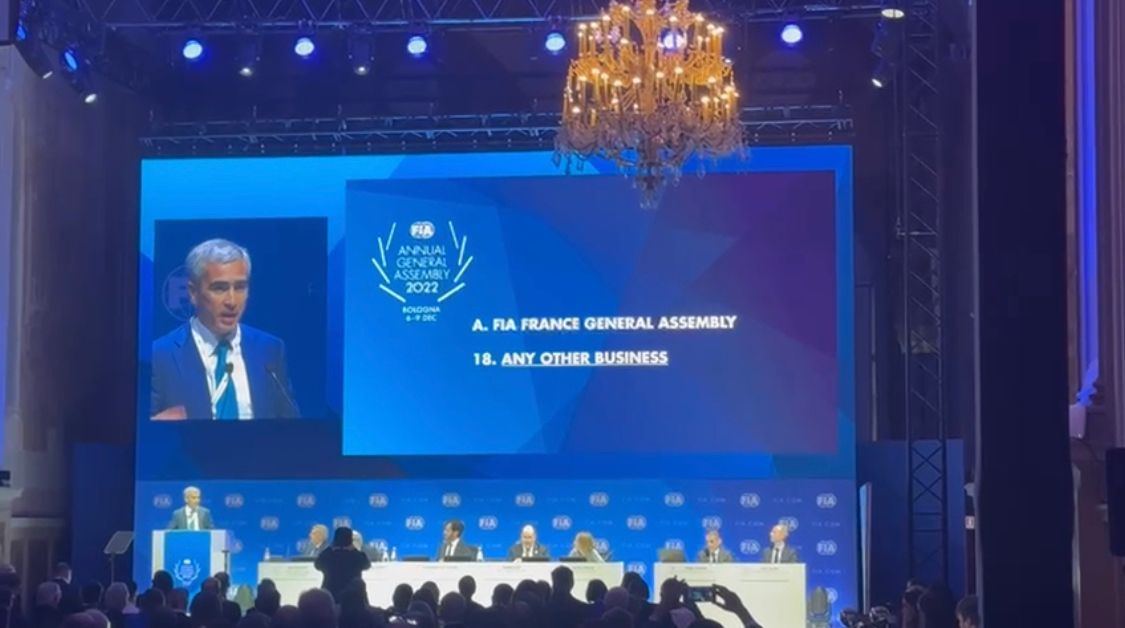 The Fédération Internationale de l'Automobile (FIA) will hold the General Assembly's session and the annual Prize-Giving Ceremony in Baku in 2023, News.az reports.

The relevant decision was made at the session of the FIA General Assembly in Italy's Bologna. A delegation led by President of the Azerbaijan Automobile Federation (AAF) Anar Alakbarov represents the country during the event.

Along with Azerbaijan, numerous countries applied to host the session of the FIA General Assembly and Prize-Giving Ceremony. Following the voting results, Azerbaijan's candidacy was approved. Thus, this international event will take place in Baku on December 4-8, 2023. Representatives of automotive organizations and prominent motor sport figures worldwide will attend the meeting in Azerbaijan.

The General Assembly is the supreme decision-making body of the FIA, which meets once a year and can be convened as an extraordinary general assembly. The institution is composed of composed of automobile and touring clubs and national sporting authorities representing the FIA member organizations. This annual event is supposed to discuss motor sport and other topics in the automotive industry.

The FIA Prize Giving Ceremony is one of the most anticipated events within motor sport spectrum. Since 2011, the FIA Prize-Giving ceremony has been the traditional closing event of FIA Annual General Assembly week, as well as a memorable and spectacular evening.