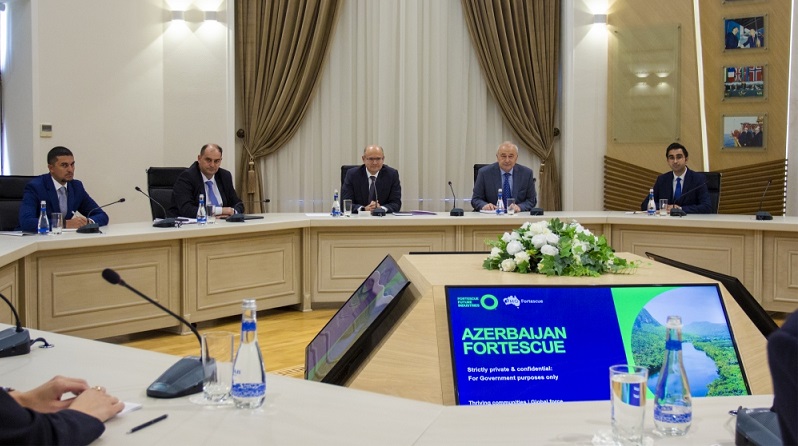 Azerbaijan`s Minister of Energy Parviz Shahbazov has met with a delegation led by Andrew Forrest, chairman of the Australian company - Fortescue Future Industries, who is on a visit to Baku.

The meeting focused on the green energy, efficient use of the wind potential of the Caspian Sea, as well as the investment-based cooperation in the fields of the production and export of green hydrogen, the Energy Ministry told News.Az.

The company's representatives were informed about Azerbaijan's energy history, hydrocarbon export infrastructure, existing green energy potential, strategic targets identified in this area, the work done and the results achieved in the field of involving private, including foreign investments. The company's activities, achievements, work and goals in the field of combating climate change, green industry projects and plans to reduce damage to nature in “hard to abate” sectors were discussed.

Fortescue Future Industries, the main direction of activity of which is the production of green hydrogen using renewable energy sources, operates in many parts of the world, including Central Asia, Europe, the Middle East, Australia and North America, and targets to produce 15 million tonnes per year of renewable green hydrogen by 2030.