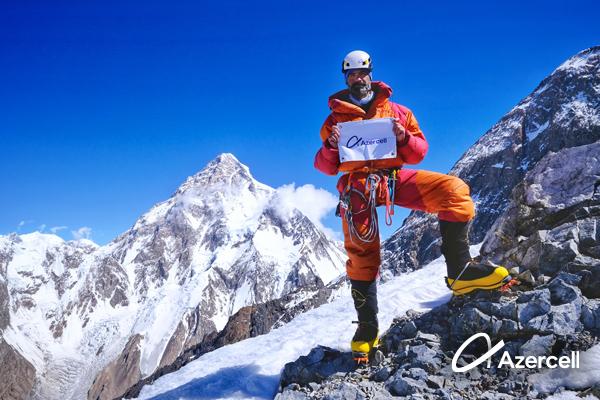 On September 20th, 2021 the Master of Sports in Mountaineering of the Republic of Azerbaijan, Israfil Ashurli met with the CEO of “Azercell Telecom” LLC Zarina Zeynalova to discuss his outstanding achievements and partnership with Azercell.

Winner of the “Progress” medal, the Cavalier of the Mountaineering order ‘Edelweiss’ I and II degrees and the “Snow Leopard Award”, Ashurli has climbed 4 of the 14 highest points in the world as part of his “Victory Crown” project. He is the first Azerbaijani to have reached the top of the Mt. Everest in 2007 and the highest peak in Antarctica, the Vinson Massif, where he lifted the Azerbaijani flag. In addition, Ashurli has climbed peaks such as the Kanchenjunga, Lhotse and Manaslu, which are among the eight highest points of the world and Elbrus, the highest peak in Europe.

During his visit to Azercell, Ashurli presented the CEO with a historical photo, which depicts the moment he raised the flag of Azercell at the top of the Karakoram Mountains at an altitude of 7000 m in July of 2021. “It takes incredible hard work, determination and years of preparation in order to achieve such a victory. The resilience and ability to make your goals a reality is very admirable and reaffirms the importance of mountaineering. There are now even more opportunities to continue developing this sport with the territories restored in Karabakh!”,- said Zarina Zeynalova.

Azercell is a proud sponsor of Ashurli’s endeavors and wishes success in achieving great heights! 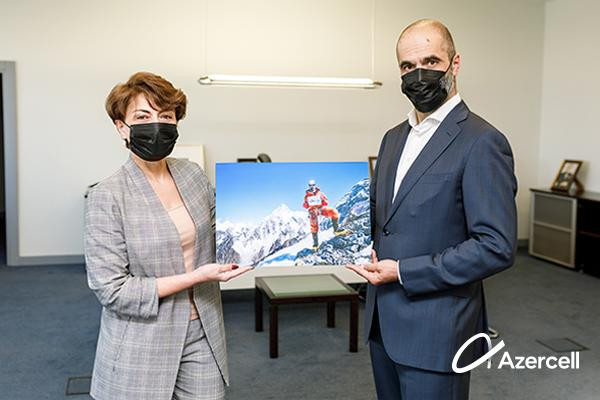