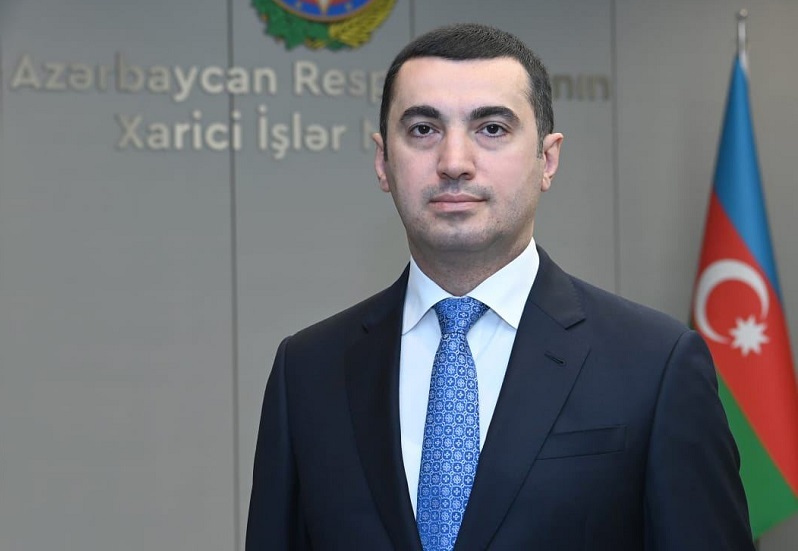 Azerbaijan’s Ministry of Foreign Affairs has issued an order on the appointment of Aykhan Hajizada as the ministry’s new spokesman, News.Az reports.

Aykhan Hajizada was born in 1981. He has BA and MA degrees in International Relations and International Law from the Baku State University and a master's degree in Strategic Security Sciences from the US National Defense University. Hajizada enrolled in a number of educational programs and training in foreign countries and is a graduate of the High-Security Program at the George Marshall European Center for Security Sciences and the UN Disarmament Scholarship Program.