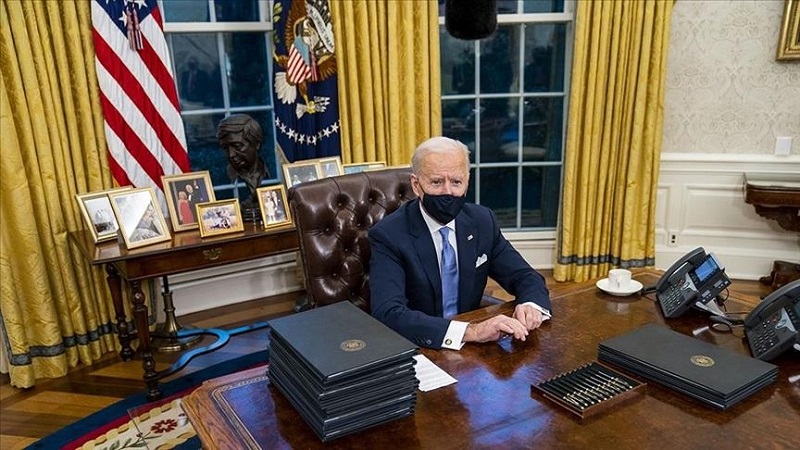 The US administration of President Joe Biden has informed Congress that it is advancing a Trump-era $23 billion arms sale to the United Arab Emirates (UAE) that includes highly advanced aerial weaponry, a State Department spokesperson confirmed on Tuesday.

The notification of the sale of F-35 stealth fighters, MQ-9 Reaper drones and munitions was delivered to Congress more than a week ago.

Lawmakers were notified "even as we continue to review details to ensure that we have clear, mutual understanding with respect to Emirati obligations and actions before, during, and after delivery," the spokesperson said in an email exchange with Anadolu Agency.

The sale has long faced stiff criticism on Capitol Hill where lawmakers have raised concerns about the UAE's involvement in a Saudi-led offensive against Yemen's Houthi rebels.

Yemen has been ravaged by violence and instability since 2014 when the Houthis captured much of the country, including the capital, Sana’a.

The crisis escalated in 2015 when the Saudi-led coalition launched an air campaign aimed at rolling back rebel territorial gains. The offensive has been dogged by repeated claims of human rights abuses and war crimes, including a 2016 airstrike on a funeral in Sana'a that killed more than 140 civilians.

The conflict has resulted in what the UN has said is the world's worst humanitarian catastrophe with up to 47,000 people expected to face famine-like conditions by the first half of 2021.

Seeking to allay concerns about the arms sale, the State Department spokesperson said Biden "has made it clear that the rule of law and respect for human rights are front and center in U.S. foreign policy."

"Under this Administration, the United States will insist on adherence to our agreements on the use of U.S. origin defense equipment by our allies and partners, compliance with both the laws of armed conflict and respect for human rights, and we will consider the full range of consequences should violations occur," the spokesperson added.

Congressman Ro Khanna, one of the loudest critics of the sale, was not moved, calling it a "mistake" to advance the purchase while, he said, the UAE is continuing to fund the conflict.

"Until the UAE stops all of that funding, and we have verification of that, until their commitment to some form of reparations to Yemen for redevelopment, I don't believe we should be affirmatively selling them more weapons," he said on the Democracy Now news program.