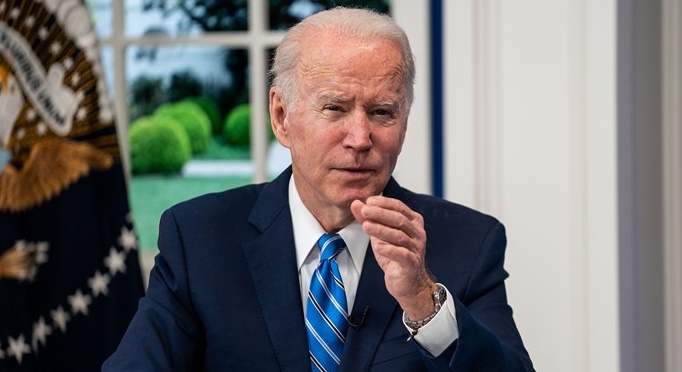 Overall, the survey showed 56% of voters disapproved of Biden's performance in office, an uptick from 54% in September and 49% in April.

His approval rating now stands at 44%.

Biden was particularly hard hit when it came to the public’s opinion of his handling of the economy and the COVID-19 pandemic.

Specifically, the poll indicated that 60% of respondents disapproved of Biden’s handling of the economy and 55% disapproved of his pandemic response.

For the economy, 72% said they disapprove of Biden's management of the price of everyday goods, and 66% said they did not approve of the president's efforts to help their wallets.

Additionally, 46% of respondents said the stock market is doing “not so good” or “poor” despite one of the market's best years in decades, according to CNBC, as the S&P 500 completed the year up 26.89%.

Regarding vaccine mandates, the survey also indicated that 50% said Biden had gone too far, 26% said the administration had the right approach, and 24% said it had not gone far enough.

The survey included 1,895 respondents from Dec. 17 through Dec. 20. Its margin of error is plus or minus 3.1 percentage points.