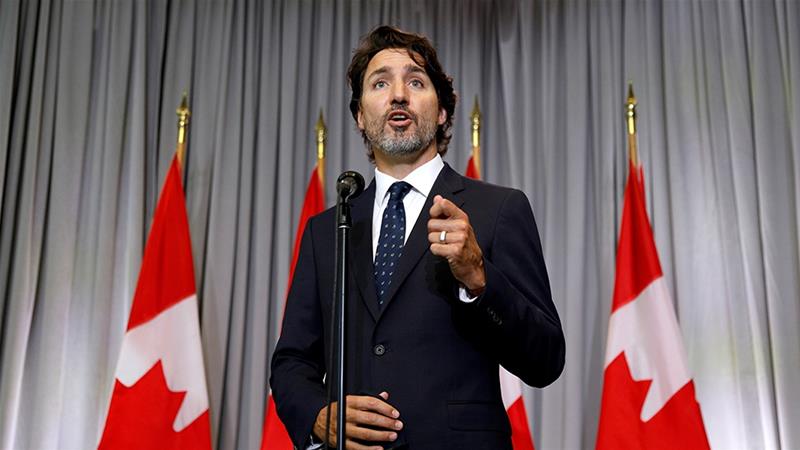 Canadian Prime Minister Justin Trudeau will unveil on Wednesday what he says is a far-reaching plan to help the economy recover from the coronavirus pandemic while ensuring efforts to fight the outbreak do not falter, according to Reuters.

Trudeau, who has consistently vowed to do more to combat climate change, is paring down talk of a green revolution to slash reliance on the export of fossil fuels as Canada faces a resurgence in coronavirus cases.

“The three prongs of what we are doing are fighting COVID-19, supporting Canadians, and resilient recovery,” said a government source who requested anonymity given the sensitivity of the situation.

The so-called Speech from the Throne outlining government plans is a confidence measure and given that Trudeau’s Liberals only have a minority in the House of Commons, they will need the support of opposition legislators to avoid being toppled and plunging the country into an election.

The left-leaning New Democrats have made clear they are likely to vote in favor. Trudeau’s popularity initially soared over his handling of the pandemic, but polls suggest he and the Liberals were damaged by a scandal over his close ties to a charity chosen to run a student grant program.

Parliament is usually packed for the occasion but COVID-19 means few legislators will be present when Governor General Julie Payette - the representative of Queen Elizabeth, Canada’s head of state - delivers the speech at around 3 p.m. (1900 GMT).

Later on Wednesday, Trudeau plans to make a national address to address the urgency of fighting COVID-19, a spokesman said.