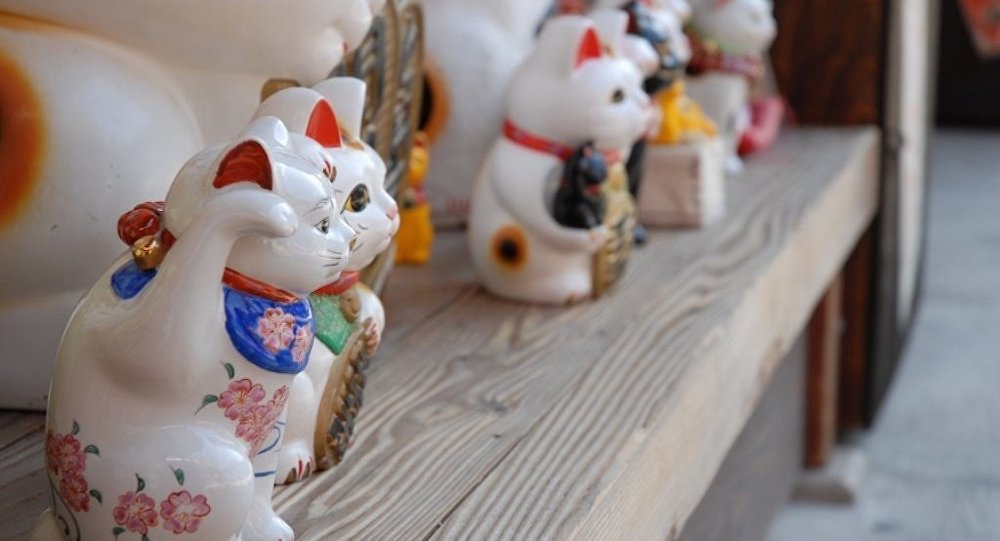 A little white cat called ChaCha is the feline mascot of the small café “Murai Bankoen” in the city of Iga in Mie Prefecture, Japan.

The kitty brought worldwide fame to the place by just sitting around on a soft chair wearing a red female ninja hood, Sputnik International reports.

Genji Murai, the 64-year-old owner of the café, said in an interview with the Mainichi Newspaper that he took this female cat and her male brother Rikyu from a pet shelter two and a half years ago.

In the pet shop he noticed two ninja pet costumes: one with a red hood and one with ablue hood – and bought it for his pets. Since then ChaCha and her brother served in earnest to his café, but in March 2016 Rikyu passed away in an accident.

​ChaCha continued her service. The visitors liked her a lot; and thanks to the internet, good luck finally came to her and Mr. Murai. As online talks about the “kawaii” ninja cat spread, soon major Japanese broadcaster TBS came to the “Murai Bankoen” café to shoot a show about it.

Thus, the café and the ninja cat became famous not only in Japan, but also throughout Asia, and in many European countries. ChaCha has already greeted visitors even from France and America.

“She is an actual ‘maneki-neko,’” Murai said. “The café is always full now. I’m very grateful to her for such a good PR.”

Maneki-neko, literally, beckoning cat or welcoming cat, is a figurine believed to bring good luck to the owner and often displayed in shops, restaurants, their show windows or entrance.