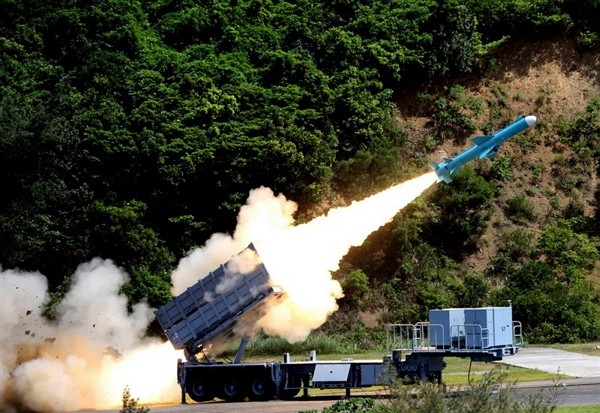 China fired multiple missiles toward waters near northeastern and southwestern Taiwan on Thursday, the island's Defense Ministry said, as Beijing makes good on its promise that Taipei will pay a price for hosting US House Speaker Nancy Pelosi, News.az reports citing CNN.

The Chinese military's Eastern Theater Command said in a statement that multiple missiles had been fired into the sea off the eastern part of Taiwan. It said all the missiles hit their target accurately.

"The entire live-fire training mission has been successfully completed and the relevant air and sea area control is now lifted," China's statement said. Earlier, the Eastern Theater Command said it had conducted long-range, live-fire training in the Taiwan Strait, state broadcaster CCTV reported, as part of planned military exercises around the island.

Taiwan reported Chinese long-range rockets had fallen near its islands of Matsu, Wuqiu and Dongyin, which are in the Taiwan Strait, but located closer to the mainland than the main island of Taiwan. It later said a total of 11 Dongfeng (DF) missiles were fired to the waters north, south and east of the island between 1:56 p.m. and 4 p.m. local time (from 1:56 a.m. ET to 4 a.m. ET) on Thursday.

The Chinese missiles flew over Taiwan Island for the first time, a Chinese military expert said on state television channel CCTV on Thursday, representing a major escalation of China's military intimidation against Taiwan.