Climate-fuelled disasters cost world more than $170B in 2021 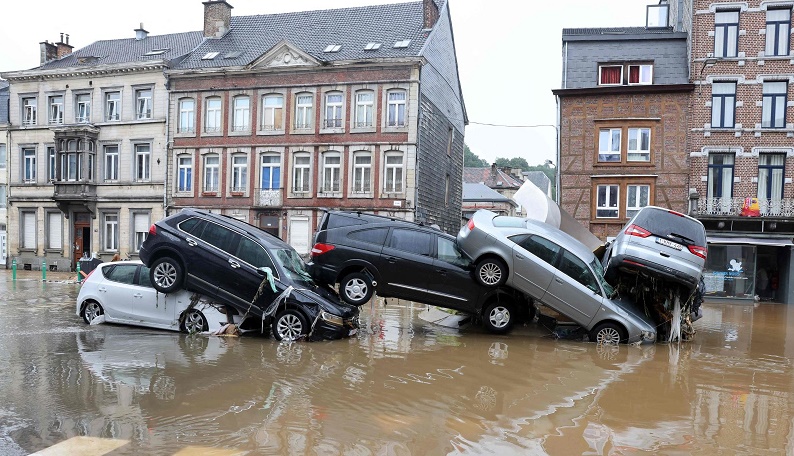 From deadly storms to destructive floods, climate change-fuelled disasters have cost the world more than $170 billion in 2021, with both the poor and the rich struck hard, a British aid group said Monday, Daily Sabah reports.

Floods, storms and drought also killed and displaced millions of people across some of the world's poorest regions, highlighting the rising imbalance in impacts as the planet warms, humanitarian charity Christian Aid said in a report.

"The costs of climate change have been grave this year," said Kat Kramer, climate policy lead at Christian Aid and author of "Counting the cost 2021: A year of climate breakdown."

"While it was good to see some progress made at the (U.N.) COP26 summit, it is clear (we are) not on track to ensure a safe and prosperous world," she added.

The report identified 15 of the most destructive climate disasters of the year, including 10 that each caused $1.5 billion or more in losses, with the damage wrought by wild weather, felt everywhere from Australia to India, South Sudan and Canada.

The most expensive disaster in 2021 was Hurricane Ida which struck the Eastern United States and caused around $65 billion in damages. After crashing into Louisiana at the end of August, it made its way northward and caused extensive flooding in New York City and the surrounding area.

Four of the 10 most expensive disasters occurred in Asia, with the costs of floods and typhoons in the region adding up to a combined $24 billion.

In mid-December, the world's biggest reinsurer, Swiss Re, estimated natural catastrophes and extreme weather events caused around $250 billion in damage this year.

It said the total represented a 24% increase over last year and that the cost to the insurance industry alone was the fourth highest since 1970.