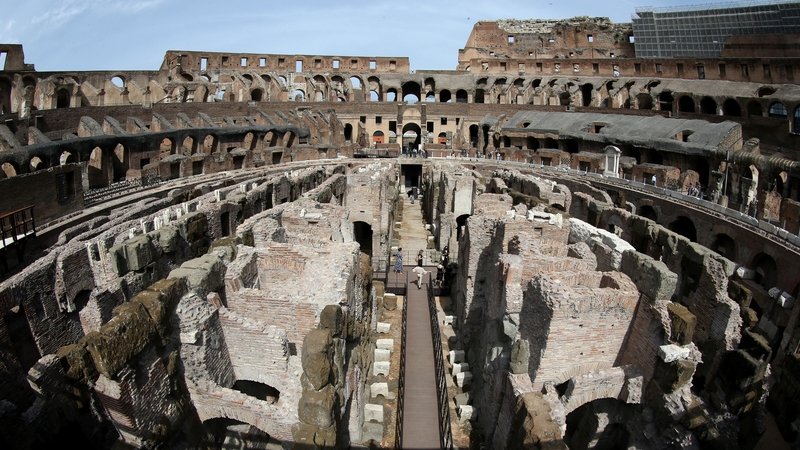 The din of caged animals, the smell of gladiators' fear and the thunder of tens of thousands of cheering spectators above have all evaporated with the passage of time.

But walking through the bowels of the Colosseum, the subterranean ruins of ancient Rome's most famous amphitheatre, the extent to which technical expertise was harnessed to such bloody ends becomes painfully clear.

The opening of the tunnels to the public was announced today after meticulous restoration of the "hypogeum", or below ground area, with a new pathway offering intimate views and an app explaining the grisly details of the behind-the-scenes area.

It is the first time visitors will be able to fully explore the areas where gladiators prepared for battle.

Sponsored by the Italian luxury shoe group Tod's, the restoration, which begun in 2018, involved 81 archaeologists, engineers and others working to clean and reinforce the walls within the hypogeum, which stretches over half a hectare.

"We finally are returning to the public this monument within the monument," site director Alfonsina Russo told reporters.

Tod's chairman Diego della Valle pledged €25 million in 2011 for the entire restoration of the Flavian Amphitheatre, the Colosseum's real name.