Death toll among Afghan forces at 807 in Jan-Feb, says report 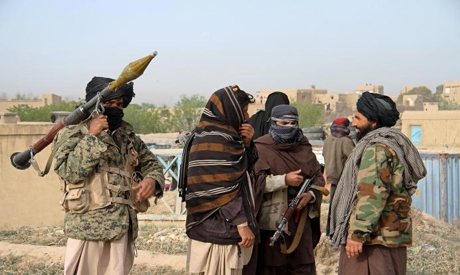 Casualties among Afghan security forces remain "shockingly high", according to a report from a U.S. watchdog body published on Monday that put the death toll at 807 and the number of injured at 1,328 in the first two months of the year, APA reports quoting Reuters.

The watchdog, the Special Inspector General for Afghanistan Reconstruction (SIGAR), was set up to review the effectiveness of U.S. support programs.

"Afghanistan remains in the grip of a deadly war," the report said. "Casualties suffered by the Afghan National Defense and Security Forces (ANDSF) in the fight against the Taliban and other insurgents continue to be shockingly high."

It said the casualty figures were from the period Jan. 1 to Feb. 24. They were obtained from the U.S. military and were based on operational reporting and may differ from official statistics provided by the Afghan government and ministries.

There has been little let-up in violence targeting Afghan forces since the period covered in the report. On April 21 an attack by militants on an army base in the northern city of Mazar-i-Sharif killed 135 soldiers, according to official figures, and twice that number by other accounts.

In a report released in February, SIGAR said at least 6,785 Afghan soldiers and police had been killed in the first 10 months of 2016. Civilian casualties last year totaled 3,498 killed and 7,920 wounded, making it the deadliest year on record for civilians.

From January to March this year, 715 civilians were killed and 1,466 wounded.

The figures come as the U.S. weighs its future strategy for Afghanistan, where it has already spent more than $115 billion in reconstruction efforts.