Death toll in Beirut explosion climbs to at least 137 (UPDATED) 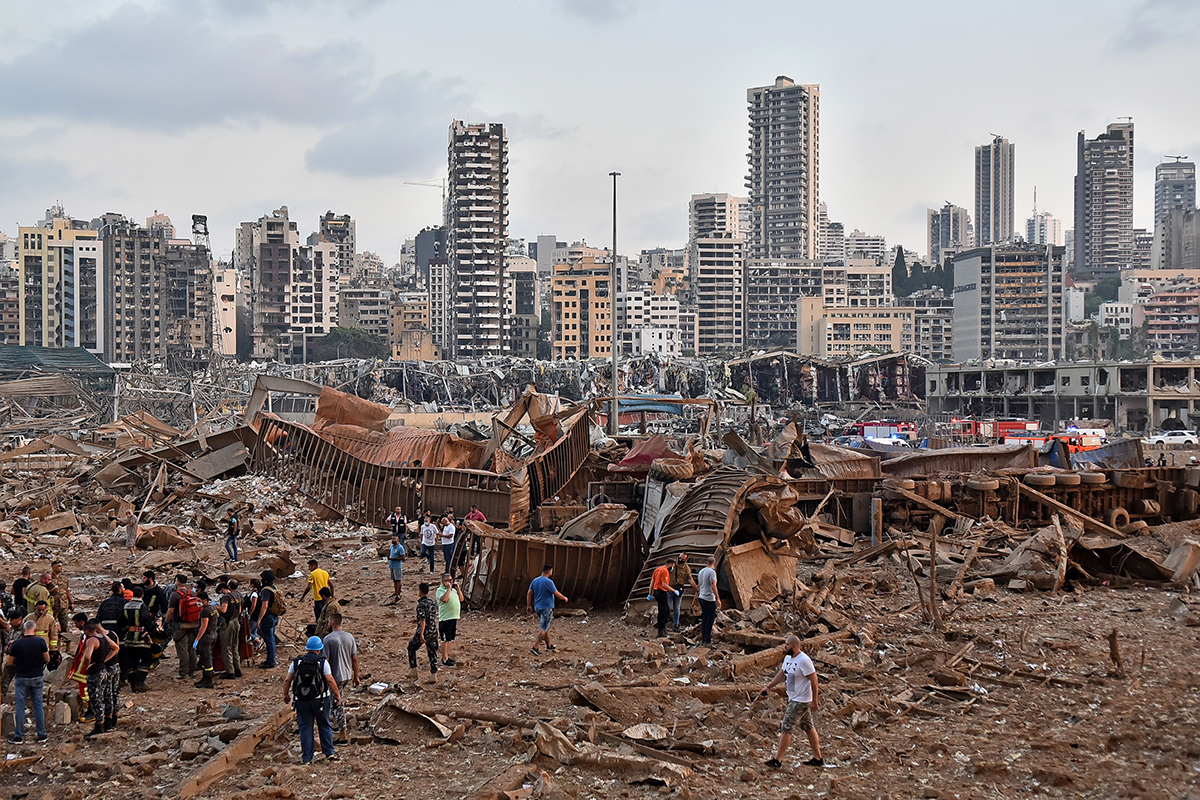 Lebanese rescue teams pulled out bodies and hunted for missing in the wreckage of buildings on Wednesday as investigations blamed negligence for a massive warehouse explosion that sent a devastating blast wave across Beirut, killing at least 137, according to Reuters.

More than 5,000 people were injured in Tuesday’s explosion at Beirut port, Health Minister Hamad Hassan said, and up to 250,000 were left without homes fit to live in after shockwaves smashed building facades, sucked furniture out into streets and shattered windows miles inland.

The death toll was expected to rise from the blast, which officials blamed on a huge stockpile of highly explosive material stored for years in unsafe conditions at the port.

The explosion was the most powerful ever to rip through Beirut, a city still scarred by civil war that ended three decades ago and reeling from an economic meltdown and a surge in coronavirus infections. The blast rattled buildings on the Mediterranean island of Cyprus, about 100 miles (160 km) away.

President Michel Aoun said 2,750 tonnes of ammonium nitrate, used in fertilisers and bombs, had been stored for six years at the port without safety measures, after it was seized.

In an address to the nation during an emergency cabinet session, Aoun said: “No words can describe the horror that has hit Beirut last night, turning it into a disaster-stricken city”.

He said the government was “determined to investigate and expose what happened as soon as possible, to hold the responsible and the negligent accountable.”

An official source familiar with preliminary investigations blamed the incident on “inaction and negligence”, saying “nothing was done” by committees and judges involved in the matter to order the removal of hazardous material.

The cabinet ordered port officials involved in storing or guarding the material since 2014 to be put under house arrest, ministerial sources told Reuters. The cabinet also announced a two-week state of emergency in Beirut.

The secretary-general of the Lebanese Red Cross on Wednesday said victims of Tuesday's explosion at the Port of Beirut have risen to 100 and more than 4,000 were injured, according to Anadolu Agency.

In a televised statement aired by Lebanese broadcaster LBC, George Kettaneh said Beirut hospitals no longer have the capacity to absorb the rising number of victims.

He added that the death toll has risen to 100 and more than 4,000 have been injured, with some of them still under the debris.

Lebanese President Michel Aoun cited ammonium nitrate as the source of the explosion, which leveled a three-story building and was heard across the city and its suburbs.

Heath Minister Hamad Hassan said late Tuesday that at least 63 people died and more than 2,750 have been wounded in the blast.

The Supreme Defense Council in Lebanon declared Beirut a disaster-stricken city, as part of decisions and recommendations to face the repercussions of the explosion.

Tuesday's explosion deepens woes of the country that has been suffering for months from a severe economic crisis and intense political polarization.